This is a scenario unique to limited-overs cricket. As we are aware of, every bowler is permitted a stipulated number of overs. If the total number of overs (50 or 20) is divisible by 5, any bowler can bowl a maximum of one-fifth of the quota (10 or 4 respectively). If it not divisible by 5 (as is often the case in rain-hit matches) the quotas are adjusted accordingly.

Let us consider a scenario. Singh, a bowler, had left an over unfinished and had to leave the ground. Let us assume he had bowled 4.1 overs at that point. Another bowler, Khan, completes the over for him. At one point of time, presumably after medical treatment, Singh retires to the ground. Both men continue to bowl and the match heads for an exciting finish.

Note: This was not the case till fifty years back. Even in the 1960s, when a bowler left an over unfinished, the over was left incomplete and another bowler started a new over from the other end.

So far, so good. While this is not exactly very common, it is certainly not an absurd scenario. Now, we come down to the final over of the match.

At this point Singh has sent down 9.1 overs and Khan 9.5 overs. Now the captain throws the ball to Singh to finish the over. Obviously the umpires intervene, because this will mean that Singh will end up bowling 10.1 overs.

Note: Those with keen memories may recall the case of Mohammad Rafique, who had figures of 10.2-3-21-2 in a 50-over match against Hong Kong in 2004. However, that was a complete oversight from Asoka de Silva and Tyron Wijewardene, the umpires. Rafique had already bowled 10 full overs and was bowling his 11th.

Let us return to our match. Our umpires do not make the same mistake. You cannot blame them, since finishing the over will technically mean Singh will exceed his quota.

The captain thinks hard and comes up with a solution: Singh will bowl 5 balls in the over and Khan the sixth (or the first). That way neither Singh nor Khan will exceed his quota, and the side will bowl the final over with the bowlers of the captain’s choice.

Can the umpires counter this? There is nothing written in the laws that will help them prevent the captain from doing this. 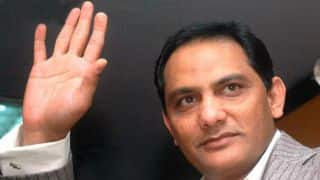 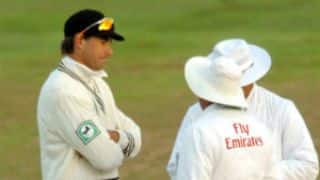