Virat Kohli has lost both matches thus far under his captaincy,  but Aayush Puthran believes it would be harsh to judge him on the two losses as he is leading a jaded Indian outfit. 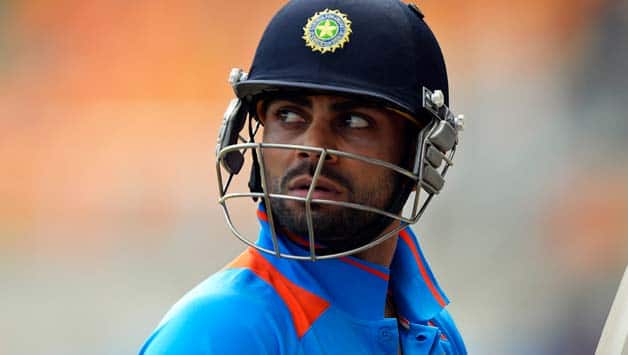 It is a good opportunity for Virat Kohli to prove his mettle as captain. However, the team hardly looks inspired to play tournaments such as the current tri-series © AFP

Virat Kohli has lost both matches thus far under his captaincy, but Aayush Puthran believes it would be harsh to judge him on the two losses as he is leading a jaded Indian outfit.

History is replete with examples of players immersed in love with a sport, quitting it for no apparent reason. Marcus Trescothick is a case in point. It is not because of pressure; it’s simply because of excessive mental fatigue.

The hectic international schedule isn’t doing Indian cricket any  good, except for giving a bunch of about 15 players the opportunity to tour round the world and expose themselves to the rigors of the highest level.
With India suffering back-to-back defeats in the Caribbean, it is very easy to pull out the dagger on Virat Kohli and blame him for their predicament, as the Indian fans have done over the last week.

There is no denying that this is a very good opportunity for Kohli to prove his mettle as captain. However, the jaded Indian team hardly looks inspired to play small tournaments like the one it’s currently playing; it’s a team that is simply going through the motions. In a series where even the results haven’t been taken too seriously, Kohli has been unfairly targeted.

The decision to rest key players and opting for a hungrier bunch, each one of whom is eager to prove a point, would be a blessing in disguise for Kohli. And the Sandeep Patil-led panel would do good to address the issue and give Kohli an opportunity to lead a team that has fresh legs.

Having said that, one also has to look at Kohli’s state of mind. He has been playing round the year and across all formats. As Sumit Chakraberty pointed out, Kohli’s body language on the field too hasn’t been inspiring — an evident sign of fatigue. Should he be rested too? This is worth a debate, but one would hope that the opportunity to prove himself to the world as a leader would be inspiring enough for Kohli to keep calm and play aggressive cricket.