Since inception in 1999 USA Cricket Academy has only dealt with the growth of youth cricket.

USA Cricket Academy is the lone International Cricket Council (ICC) and USA Cricket Association (USACA) recognised cricket academy in America. Recently its U-17 and U-19 teams were in India to prepare for the upcoming Under-19 World Cup qualifiers. Sandipan Banerjee recently spent a day in the company of young American cricketers and excavates an untold tale.


A birthday cake shaped like a bat. Everybody cheering around it, egging on the birthday boy to aim for the ‘Sweet Spot’ with the knife. Thirty-four teenagers, eating, drinking, sleeping and playing cricket in various places of Gujarat for two weeks and talking in cricket jargons. Most interestingly, they are all the ambassadors of American cricket.

Cricket is a developing sport in USA. According to estimates, it is the home of around 200,000 weekend cricketers and 15 million fans. The game is spreading its wings slowly but steadily and metamorphosing  from the status of a weekend sport to a professionalised setup. Most importantly, apart from appealing to the immigrants from the cricket playing nations, the sport has piqued the interest of the archetypal baseball-fanatic country. And USA Cricket Academy is the organisation that is making this happen.

The New Jersey-based academy was established in 1999 by Late Purshottam Patel. His dream was to spread the sport across; he wanted to see USA-born cricketers representing the country in international cricket. At present USA Cricket Academy is probably the best in the business; it helps that it also has the official recognition of USACA and ICC. Ashok Patel, son of Purshottam, is currently working on his father’s dream.

Since inception USA Cricket Academy has only dealt with the growth of youth cricket. Strengthening the base used to be priority. USA Cricket Academy won the global award from ICC in 2003 for their efforts in developing the sport at grass-root level. One of the main features of this organisation is to conduct international tours for the youngsters with the aim to expose them to different kind of pitches. For the Under-17 or Under-19 boys this will be a huge opportunity to learn the nuances. In their recent tour the Under-17 and Under-19 teams came to India for an 18-day trip in the December 2014. This gave CricketCountry an opportunity to mingle with the contingent and find their approach towards this game.

The tour was supposed to be a preparation for the ICC Under-19 World Cup Qualifier in July 2015 in Bermuda. It provided an opportunity to the young guns to brush up their skills and gain experience and confidence through match practice on turf, which is a rarity back in US.

Discussing about the culture of cricket in America, Rahul Sharma, the Global Operations Manager of USA Cricket Academy said: “Cricket is the next big thing over there. Especially after the invention of Twenty20 format it has attracted many people. Give it some time, and Cricket will find a new destination in America.”

An international tour is a huge learning curve for any young cricketer. The initiative has to be appreciated. A smiling Rahul said, “We want to provide more playing and learning opportunities to our talented players in the different conditions of the world. That’s why we conduct these tours. This is probably the 12th or 13th tour we are organising since we have started the journey of this Academy. Keeping in mind the turning tracks of Bermuda for the ICC Under-19 World Cup Qualifier later this year, we have decided to tour India. So far I feel it has been an excellent choice. Before the event we will arrange another tour, probably in Guyana.”

“Funding for these tours has been a concern. But thanks to some sponsors and some generous parents, somehow we managed.  Apart from the financial help, we also get warm receptions whenever we tour India. Gujarat Cricket Association (GCA) provided us all kinds of support. They have arranged for good teams to play against us and have provided Ranji Trophy grounds to play the matches. We are really thankful to GCA and Gujarat government,” Rahul added.

Hitesh Patel, the former joint secretary of GCA was the manager of Indian team when Virat Kohli lifted the Under-19 world cup in 2007, was looking after the proceedings on behalf of the state association. He just laid the carpet for the Rahul an co. to give his boys the maximum exposure.

“This is a good initiative by the USA Cricket academy to tour Gujarat. Theses young cricketers will learn a lot from this kinds of tours. We just wanted provide them maximum help,” Patel said.

Amongst 34 young cricketers on the tour, most have played cricket only on matting wickets, barring pros like Derick Narine, Sagar Patel, Guranshu Sharma, and Sahil Patel. Narine, the 17 year old, is a Guyanese. He has played alongside Devendra Bishoo, Tagenarine Chanderpaul, and Kevon Cooper, and is probably the best cricketer on show on the tour. USA national selector Wesley King and USA Cricket Academy head coach Linden Fraser (former Guyanese fast bowler) rate him quite highly. He scored two centuries on the tour, took important wickets and has looked promising. However, he is yet to represent USA.

Top order batsmen Sagar and Guranshu and off-spinner Sahil have played for USA in age group cricket. They are expected to play key roles in the upcoming Under-19 World Cup Qualifiers. King has high hopes on the colts, especially Narine and Sahil. At this moment, however, he wanted the boys to focus on their games.

The contingent also had another name who has worked for the development of USA cricket throughout his life. JP Singh, the 68-year old former Guyanese military man, is the ‘discipline coach’ of the squads. Singh is the co-founder of USA Cricket Academy and a father figure of New York cricket of the new era.

He has managed to include cricket in sports curriculum of at least 30 New York schools. According to him the sport has already attracted the kids and their parents. In near future cricket is expected to make its mark not only in New York but in the entire America.

However, there are still a few odds which American cricket has to overcome. William Perkins, who has played for West Indies Under-19s, Barbados Tridents, Guyana Amazon Warriors and Trinidad & Tobago, is a USA Cricket Academy product. Lack of professionalism and money in USA cricket made him shift base to the Caribbean. If USA want to develop their cricket they should aim to preserve talents like him or Narine. The commendable work done by USA Cricket Academy will go down the drain otherwise. 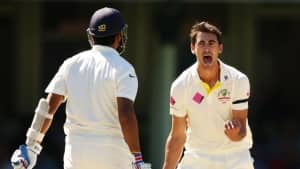 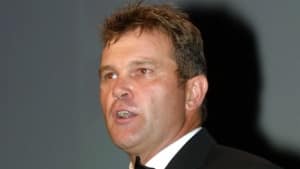