Usman spoke on a variety of topics including how he has progressed as a batsman.

As debuts go, Usman Salahuddin‘s introduction to the world of international cricket in 2011 was non-remarkable to say the least. The right-handed Pakistani batsman from Lahore played two One Day Internationals (ODIs) against the West Indies, scoring just 13 runs which to many was an injustice to his immense promise. Not picked again for any international assignment, the 24 year old has since busied himself on the domestic scene where in First-Class cricket he has amassed 4632 runs in 73 matches with an impressive tally of fifteen centuries and twenty-five half centuries, whilst in List A games he has 1152 runs in 49 matches, scored at an average of 34.9

Speaking exclusively to PakPassion.net after his team’s victory in the President’s Gold Cup One Day tournament, Usman spoke on a variety of topics including how he has progressed as a batsman since his international debut, the reasons behind leaving KRL and joining the State Bank side, the gulf in quality between domestic and international cricket and his aspirations to establish himself in the Pakistan middle order after the retirement of Younis Khan or Misbah-ul-Haq.

PakPassion.net (PP): You’ve enjoyed a decent run of form in domestic cricket of late which must be very pleasing?

Usman Salahuddin (US): Yes it’s been very pleasing to regain some form and above all my confidence. I worked on a few things with my batting with my coaches and the results have been very positive. Confidence plays such a huge part in any cricketer’s life and at times over the last couple of seasons my confidence wasn’t there but I’m delighted to say that it’s back now.

PP: The President’s Gold Cup One Day has also seen State Bank enjoy a successful run in the competition. It must feel good to be involved in that?

US: Absolutely. It’s been a very enjoyable experience playing for State Bank and winning the President’s Gold Cup One Day tournament is a fantastic achievement and credit goes to all of the players and the backroom staff and management for this success. It’s a young, vibrant and upcoming team and whilst the batting line-up is very strong and has limited my chances, I am really enjoying my cricket here.

PP: This season is your debut season at State Bank, why did you move from KRL after not being there for very long?

US: Most of their matches are played on their home ground and I’m afraid the standard of pitches there isn’t great. In addition the accommodation arrangements were that I was actually living at the stadium which was not ideal and the standard of accommodation was poor. I was living in a room at the KRL ground for two months and I found that quite difficult and also to be away from my family for that long wasn’t easy.

State Bank of Pakistan had been asking me for three years to join them and I thought the time was now right to join them.

US: My goal is to return to the Pakistan side. I’ve featured for Pakistan A not so long ago and the next step is the senior team. I was twenty years old when I was picked to play two one day internationals against the West Indies and whilst it was exciting I’m not sure if I was ready for international cricket or mature enough. However now I feel that I’m a much more complete batsman, mature and ready for the challenges of international cricket.

However I’m not obsessed with being picked for Pakistan, I know that the focus has to be on scoring runs in domestic cricket and by doing so, catching the eye of the selectors who I’m sure will pick me as and when they feel I deserve the chance.

PP: When you say you weren’t mature enough, can you elaborate on that?

US: I’ve now got the experience of another three years of domestic cricket under my belt and that has really benefited me and assisted my improvement as a batsman. I feel that only now have I really understood the art of batting and I feel that I am a much more complete batsman now.

PP: Why is it that so many Pakistani batsmen are heavy run-scorers in domestic cricket yet look like ducks out of water in international cricket?

PP: There’s a lot of talk about the Grays cricket balls used in domestic cricket in Pakistan compared with the Kookaburra ball largely used in international cricket. From a batsman’s perspective how do the two compare?

PP: How can Pakistani batsmen be better prepared for tours to South Africa, Australia and England?

US: The problem is the quality of the pitches. A lot of our groundsmen leave grass on the wicket and say that’s fast and a wicket with a lot of pace. When in fact it’s not, it’s still a slow and soft wicket which has nowhere near the pace and bounce of wickets in Australia and South Africa. The Board and groundsmen really need to improve the quality of the wickets in Pakistan to better prepare our batsmen for overseas tours or they will continue to struggle.

PP: You’ll be playing club cricket in England this summer. What do you hope to achieve by that?

US: It’s something that I’ve wanted to do for a few years and unfortunately the chance didn’t materialise. However I’ve got the opportunity now and am really looking forward to it. Playing club cricket in the United Kingdom is something that a number of overseas cricketers have enjoyed and benefited from and I hope to do the same. I’ll be playing in Staffordshire and want to use the opportunity to learn and improve and play in conditions that are alien to me. It should be a good challenge and one that will hopefully improve my all round game.

PP: You must have your eyes on a middle order spot in the Pakistan Test side. Is that a realistic expectation?

US: It’s a target that I have set myself. The competition is very tough and I’m sure that a number of Pakistani batsmen are looking to fill the huge shoes of Younis Khan and Misbah-ul-Haq when they retire. Both of these batsmen have been superb for Pakistan for manyyears and it will be a huge challenge to replace them but I’m hopeful that if I can make runs in domestic cricket and continue to improve and work on my batting skills then I can be ready to replace Younis or Misbah. 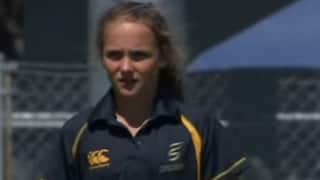 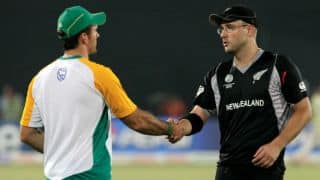