Vernon Philander took the third fastest 5-for to bundle out the Kiwis for 45. 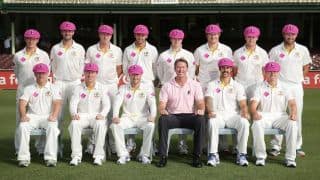