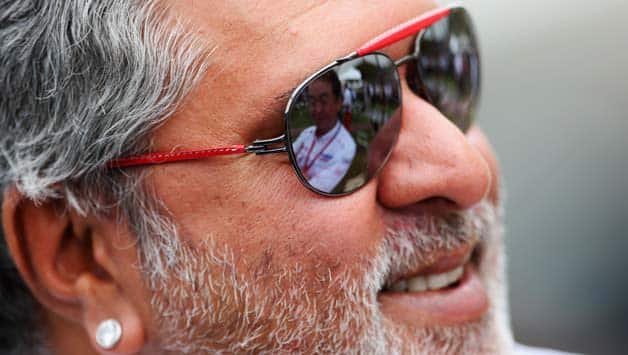 “Cricket is a great leveler,” goes the adage. It can bring the best of cricketers down to earth and raise obscure ones to great heights even if it s only fleetingly. The past few weeks have been more of misses than big hits. After the euphoria of the T20 World Cup, the Champions League T20 flattered to deceive in terms of thrills. To say it was a damp squib and that no one cared, would be an understatement. The poor performances of the Indian clubs did not help matters.

Back home in India, Indian Premier League (IPL) team owner Vijay Mallya continued to be royally challenged, with his Kingfisher Airlines nosediving. The flamboyant Mallya, dubbed as India s Richard Branson, has consequently dropped out of the billionaires club.

His son, Siddhartha Mallya, however had no qualms frequenting the clubs in London, tweeting or partying with the Kingfisher calendar girls. He continued to live life king size, even as thousands of Kingfisher Airlines staffers wait endlessly for their hard-earned salaries. And with daddy dearest making a statement that he wouldn t sell the family silver to bail out Kingfisher, the good times will continue for the Mallyas.

The cricketers of this franchise, however, might be wondering when they would get paid the remainder of their dues. With the Deccan Chargers being sold for a pittance compared to other teams and other IPL teams struggling to break into profit, the Royal Challengers now looks like a stock that has crossed it s stop loss point and is looking like a junk bond. You cannot sell it and you re almost sure your investment s gone.

Kevin Pietersen back to familiar territory

It s back to Test cricket in India, with England visiting. Kevin Pietersen s back after switching his collar mike for a bat. However, England cried foul that India fielded medium-pacers instead of spinners for their practice matches. Now, didn t someone tell them, the Indian medium-pacers are spinners in disguise! They just bowl from a longer run-up!

Sachin Tendulkar, on the other hand, continues to be castled with alarming regularity. The last time a prominent Indian batsman, known for his impregnable defence, was castled repeatedly, he promptly hung his boots and traded it for a mike. Will Tendulkar go the same way? Or will there be one last hurrah before the sunset?

On the uplifting side, Yuvraj Singh s double century in a domestic fixture was welcome news and celebrated by fans and critics alike. It also shows how fickle and unstable the middle-order is with Suresh Raina and Rohit Sharma, just not doing enough to cement their places. Particulary frustrating is Rohit Sharma s case. Even the most die-hard fans are beginning to question his ability, despite the unquestionable talent.

It looks to be an interesting few months ahead