Although he managed to play just 10 Tests, Vijay Merchant still stands as one of the greatest batsmen produced by India. He also has the second-highest batting average in First-Class cricket.

Although he managed to play just 10 Test matches in his career, Vijay Merchant, born October 12, 1911, still stands as one of the greatest batsmen produced by India. Arunabha Sengupta remembers the legendary opener on his birthday.

Ever since the 1930s, the benchmark of batsmanship has been Don Bradman. One can place any bat holding pretender against that colossal batting yardstick and mark off the fraction to which the mere mortal manages to reach. And if he stumbles past the halfway mark, the batsman is considered really good.Vijay Merchant played just 10 Tests across 18 long years, and finished with a decent 859 runs at 47.72. Good numbers that arguably tend towards greatness if one considers the weak, inexperienced Indian sides that he represented.

It was, however, in First-class cricket that he became Bradmanesque, rising to stratospheric levels only The Don could aspire to. His overall average stands at 71.64 for his 13,470 runs, putting him right next to the Australian’s 95.14. His figures for Bombay in Ranji Trophy would have made even the great man proud – 3639 runs at a staggering 98.35.

There was another striking similarity. Like Bradman, Merchant played all his Test cricket in two countries – at home and inEngland. In fact, Merchant’s career was even more lopsided. While Bradman did play home Tests against India, West Indies and South Africa –all the 10 Tests Merchant played were against England.

A prolific run-maker for Sydenham College, Merchant started making waves in First-class cricket at the age of 18. He first turned out for the Hindus in the Bombay Quadrangular, and scored his first century for The Freelooters in the Moin-ud-Dowla Trophy.

And along with the budding cricketer, there was a developing patriot as well. When India geared up for their first official tour of England in 1932, Merchant dropped out in protest because Mahatma Gandhi and many other freedom fighters were languishing in jail.

In a book on cricket he authored many years later, Merchant spoke a striking experience with Gandhi. The young Merchant had collected the autographs of 16 visiting Englishmen when he approached the Mahatma for his signature. Gandhi had inscribed his name as the 17th member of the side — perhaps demonstrating that he had nothing against English cricketers and, by extension, the ordinary British person.

Merchant made his Test debut in 1933-34 as a middle-order batsman, against the visiting Englishmen under Douglas Jardine. He did not set the grounds on fire during the three Tests in the series, but there was one significant incident which perhaps forged his batsmanship into a class act.

In a tour match prior to the first Test, while batting for Bombay Presidency, a ball from Morris Nichols rose sharply and split his chin. An English doctor in attendance patched him up, refused to let him use look into a mirror, and sent him out to resume his innings. He batted on for three hours and remained not out in the end. By all accounts, Merchant emerged from this experience as a much better player of pace bowling, the scar on his chin and the invaluable experience remaining with him all his career.

The making of a great batsman

By the time he toured England in 1936, a lot of things had fallen into place. He was acknowledged as one of the best batsmen of the country. His technique had been perfected — his footwork was exceptional, his drives crisp and carpet-hugging, his late cuts and leg-glances delicate and masterly, and his hook superlative.

By then, the nationalist leaders were also out of prison and preparing to contest elections scheduled under the Government of India Act of 1935. Thus Merchant had no political inhibitions either.

For India it was an embarrassing and sad trip, with all the idiosyncrasies and insecurities of captain Vizzy coming to the fore. Lala Amarnath was sent back halfway through the tour, and lack of proper leadership ensured insipid showing in the matches.

However, as far as Merchant was concerned, the tour saw was the making of a world class batsman. Forced into opening the innings during the tour, he became a permanent fixture at the top of the order and managed 1,639 runs at an average of nearly 50. This included carrying the bat twice with 131 and 77 during a rare victory over Lancashire.

In the second Test match came his moment of glory. Going in for the second time, trailing by 368 runs in the first innings, Merchant scored 114, added 203 for the first wicket with Mushtaq Ali (112), and batted long enough to save the match. It was largely this partnership that gave rise to the folklore surrounding the legendary Merchant-Mushtaq opening collaboration. His exploits during the tour led CB Fry to exclaim, “Let us paint him white and take him with us to Australia as an opener.”

He was named as one of Wisden’s five cricketers of 1936.The almanac noted, “Although barely more than 5’7″ in height, Merchant does not allow his comparatively small physique to handicap him in stroke production. What he lacks in reach he makes up by his perfect footwork and quick eye. He is not averse to going out to drive fast bowlers; he employs the hook as a safe scoring stroke, and delights onlookers by the neat skill of his glances and general placing to leg. His defence tells of long study of the game.”

Indeed, a lot of study went into his batting. Born into a wealthy family of factory owners, Merchant used his affluence to film many of his innings and then went over them meticulously to discover and iron out any chink in his armour. The 1936 tour established him as the first great batsman of India, perhaps the foundation stone of the Bombay school of batsmanship that down the years produced Vijay Manjrekar, Sunil Gavaskar, Dilip Vengsarkar and Sachin Tendulkar.

Merchant’s next Test appearance came 10 years later. But, the interim period was one of the most productive. As the rest of the cricketing nations engaged in the Second World War, Indian First-class seasons went on unabated, played mostly on flat batting tracks. In five of the six war-ravaged seasons, Merchant’s batting averages read 114, 123, 233, 288.33 and 117.

This period also saw the beginning of his rivalry for record-breaking with the other great Indian batsman of the era, Vijay Hazare.

Playing for the Hindus against the Muslims in the Bombay Pentangular, Merchant hit the Indian First-class record score of 243 in 1941-42. In the very next edition of the championship, Hazare surpassed it, scoring 248 for the Rest against the Muslims. In the finals of the 1943 tournament, Hindus met the Rest and piled up 581, including yet another record-breaking effort of 250 by Merchant. The Rest were bowled out for 133 in the first innings, and crashed to an innings defeat with a total of 387 in the second. But in this modest second innings score, Hazare’s contribution was an amazing 309.

And in the Ranji Trophy final that year, Bombay met Maharashtra and Merchant shattered all previous records with 359.

When cricket resumed after the War, Nawab of Pataudi Sr led the Indian team to England. Merchant, elder statesman by now, went along as his deputy. The tour was another rousing success for the master batsman, bringing him 2,385 runs at 74 with double-hundreds against Sussex and Lancashire. In the final Test at Oval, he scored 128 before the Arsenal winger Denis Compton ran him out with a soccer style kick from mid-on.

During the tour, Merchant also impressed all with his strong social and political opinions.

He gave was a rousing speech on the relationship between the two countries during a banquet at Lord’s. And when a young John Arlott asked him whether India really deserved independence in view of the on-going religious riots — “Shouldn’t the white man stay on to secure the peace?” — Merchant reminded his friend that the British had to undergo a civil war to obtain their own political liberties. Arlott later became renowned for his anti-apartheid views, and admitted that  friendship with Merchant had broadened his social and political horizons.

Merchant was expected to lead India on their first tour to Australia in 1947-48, but withdrew due to poor health. He could not play against the West Indians either when they visited the following year. However, he was back in the side against his old opponents when the Englishmen toured in 1951-52.

Forty years old by then, he scored 154 and put on 211 with captain and arch-rival Hazare in the first Test. It was then the highest score by an Indian in Tests, passing Hazare’s 145. It was broken in the same innings itself when Hazare finished with 164 not out. However, this relentless competition of notching up bigger scores was heavily criticised. The tourists benefitted from the unusually slow approach of the two master batsmen and managed to save the Test from a very difficult situation.

While fielding in the second innings, Merchant attempted a diving catch and injured his shoulder. This effectively ended his career, and he never played First Class cricket again.

After retirement, his connection with cricket remained close. He served the game as an administrator, selector, broadcaster and writer of cricket books.  He was also known as a generous man who could always be counted upon to come to the aid of out of luck cricketers.

The image was slightly tarnished by controversy when he used his casting vote to nominate Ajit Wadekar as captain ahead of Mansur Ali Khan Pataudi in 1970-71.India did win in West Indies and England, but Merchant’s motivation was questioned in many quarters.

However, today, 25 years after his death, hardly anyone remembers him without recalling the upright and likeable man, still considered one of the greatest batsmen India has ever produced.

And he was as effusive about Merchant the man: “It is impossible not to like Vijay Merchant. His manners are polished to the last degree, his consideration for others impeccable, and he looks you in the face when he talks to you. His honesty is unmistakable; he speaks the truth, but never crudely.” 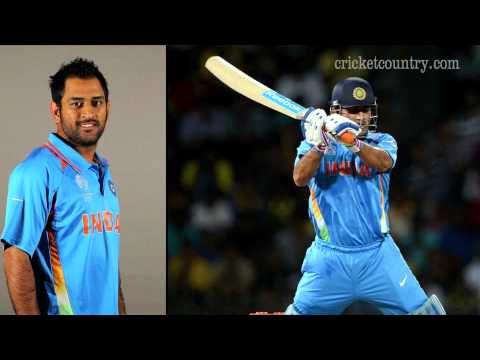