Vijay Zol’s hunger for runs evident early in his career

Vijay Zol’s hunger for runs evident early in his career

Vijay Zol, the India U-19 captain scored a ton in the final of the Asia Cup.

Vijay Zol, the India U-19 captain scored a ton in the final of the Asia Cup against the Pakistan U-19 to highlight his potential as one of the most promising batsmen in the country. The Maharashtra left-hander first made headlines when he smashed 451 not out in the Cooch Behar Trophy. Since then, he has been a known face on India’s youth circuit, as he has gone on to show his hunger for runs at each stage. While the recent ton has come in a one-day game, a look at his track record would suggest that he has a penchant to go for the big scores on a consistent basis.

What is good to see is that Zol has taken on the pressure of scoring at the higher levels very well. He was a part of the Unmukt Chand led side that lifted the ICC Under-19 World Cup in 2012. He didn’t have a very successful tournament, but impressed with his temperament in a few tough situations. In fact, during the Asia Cup that preceded the World Cup, he had scored a ton against Pakistan. The reins of leadership had to fall on him as he was one of the senior players along with Akhil Herwadkar.

Since he has taken over captaincy, Zol’s consistency has only grown. While scoring those huge knocks wouldn’t be so easy at the higher levels, he has shown an unmistakable hunger. That has also spilled into First-Class cricket and one gets the sense that the Indian selectors are looking at him as a future prospect. He was summoned to play for India A against New Zealand A and scored a ton on his First-Class debut. To add another feather to his cap, he scored a double ton on Ranji Trophy debut.

For any youngster, graduating to a higher level is never easy. Those who find success early, need to have a good head on their shoulders and some maturity. Plus, they have to be able to shield the pressure better than the others as one may get overawed by the stage. Zol has moved past that stage with flying colours, but needs to maintain that promise. Starting well is tough, but maintaining ones standards is even tougher and that is where he would be tested. So far, he has given good evidence of his talent and Maharashtra cricket would be well served. For the long-run, the Indian selectors have to ensure they groom him well. 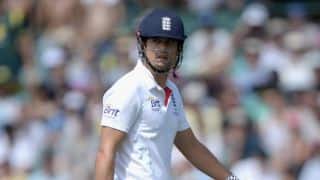 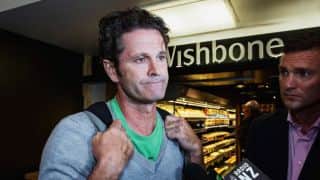