Indian cricketer Virat Kohli to star in Bollywood remake of 'The Wolf of Wall Street'.

In a bid to beat the profanity record set by Martin Scorsese’s latest blockbuster, “The Wolf of Wall Street,” totalling over 500 utterances of the F-word, Bollywood has decided to rope in young cricket superstar Virat Kohli to reprise the role played by Leonardo Dicaprio. Directors Anurag Kashyap and Abhinay Deo, who directed the expletive-laden Gangs of Wasseypur and Delhi Belly respectively, are hoping that their combined efforts in addition to Kohli’s inherent verbal abuse would help them sail past the record effortlessly.

“We were initially thinking of Jackie Shroff, because he’s a seasoned actor himself and is quite the natural when it comes to foul mouthing. But we realized that Virat Kohli is really the quintessential abuser and no one can give maa-behen gaalis as impeccably as he does. So we decided that we had to approach Virat and only Virat for this role. The movie will be called The Wolf of Dalal Street and the official poster will have Virat redoing his act down under and will be seen gesturing away in full flow,” Kashyap said.

“Virat seemed very excited when we briefed him about the project and his first reaction was ‘Oye B***C***!’ Nothing could’ve have conveyed his excitement with greater precision than this. He’s requested us, well, he actually chided us and told us that he’d inform us of his decision after a few days, depending on the IPL [Indian Premier League] schedule. But it’s okay, we didn’t mind his abuse – it’s so great to see him already getting into the skin of his character,” Deo added.

Sources add that out-of-the-reckoning Indian cricketer Gautam Gambhir has been rather upset at not even being considered for the role, let alone selected. “Come on, yaar! I’m the baap of on field gaali-givers! Anyone who’s seen me blasting Afridi and Virat himself will accept that! If not cricket, I thought I’d stand a good chance in Bollywood at least, but that #!@^@#& has taken away even this from me!” Gambhir is supposed to have cried. 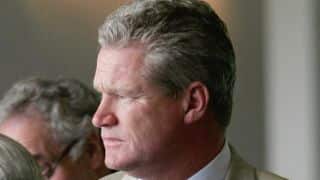 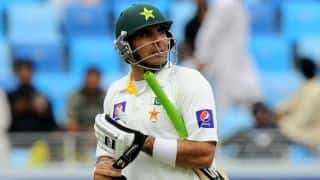