It is time for "Captain Kohli" to step up

It is time for "Captain Kohli" to step up

Whatever sample we have got so far, is not building a positive image regarding Kohli's captaincy.

After dominating 80 per cent of the Galle Test, India allowed a backdoor entry to Sri Lanka and lost the match. A similar turn of events took place last year at Adelaide Oval last year. On both occasions Virat Kohli was India’s captain. India has played four Tests under Kohli and has failed to win a single one. It gives Sandipan Banerjee an opportunity to find out the pattern of India’s Test performances under Kohli’s leadership.

From the headline, you must have formed an idea about this piece — a cry for success from a typical Indian cricket fan disguised as a writer and a journalist — over expectation from a young captain, who is just four Tests old. However, this article is a bit more than this. READ: Give Virat Kohli time, folks

Rewind to India’s tour of Australia 2014-15, the first Test at Adelaide Oval, the debut of ‘Captain Virat Kohli‘ in which he almost led India to victory. The brand new captain got a lot of praise from the cricketing fraternity for taking India close to historic win. But was his captaincy the reason for this? Or was it the result of his brilliant batsmanship? READ: Virat Kohli’s approach as captain must change before it is too late

It was the flamboyance and brilliance of Kohli the batsman, who single-handedly threw a stiff challenge to the Australians in that match.  It was only because of his twin centuries that an average Indian performance looked good. Remember, the Test had started with a selection blunder. India decided to play Karn Sharma ahead of Ravichandran Ashwin. This decision of team management cost India significantly. Australia notched up 517 in just 120 overs in their first innings and Kohli looked helpless on the field, but his fans said it was just his first game as captain. Ok, fair enough. READ: Virat Kohli’s trial by fire as Test captain begins with tour of Sri Lanka

During the same series, at Sydney, Kohli was back at the helm after MS Dhoni‘s shocking Test retirement. Kohli and his bowlers failed to tame the Australian batters once again and the hosts crossed 500-run mark. Once again Kohli the batsman had to step up and save the Test for India with 147 and 46. Full marks to his batsmanship, not to his captaincy skills. READ: Virat Kohli’s captaincy will steer a new beginning

Kohli’s next captaincy assignment in Tests was at Fatullah earlier this year. That rain-effected game hardly gave any chance to critics like this author to judge his leadership. However, some of his tactics, like giving the new ball to Ashwin, were really impressive. It seemed he was heading towards the right direction. But in his next Test at Galle, the shocking loss was really disappointing — especially after dominating 80 per cent of the match. READ: Virat Kohli’s decision to field six batsmen and five bowlers could backfire on India

During the onslaught of Dinesh Chandimal, Kolhi’s decisions like holding back his best bowler Ashwin or field settings while Varun Aaron was leaking runs — were really questionable. At times he looked a bit reactive instead of being proactive. We have seen a similar side of Kohli during his captaincy stints with Royal Challengers Bangalore in Indian Premier League, though the author firmly believes captaincy skills in a domestic T20 tournament is not the right parameter for a Test captain.

It is understandable that any new captain needs time to produce results. What matters is the right attitude. Does one really think the Indian team is carrying the right attitude on the field at this moment? Does one get the feeling that Kohli has managed to improve the fighting skills of the team? Not yet. So far, whatever sample we have got so far (including IPL), is not building a positive image regarding Kohli’s captaincy. The World knows what batsman Kohli can do, it is time him transfers his flamboyance and positivity into his leadership as well. 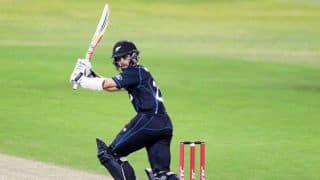 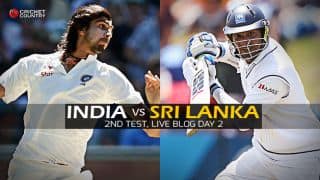