A captain is only as good as his team, goes the old adage. But, in cricket especially, the reverse is often the case. 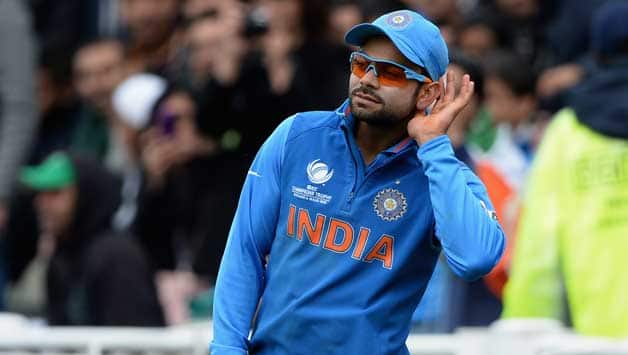 A captain is only as good as his team, goes the old adage. But, in cricket especially, the reverse is often the case.

Of course, no captain can win with a really weak team. We are talking here of teams with potential, which have proven players, who have already excelled individually. A good captain can bring out the best from such a team, get it to play as a cohesive unit with a purpose.

Cricket is a highly tactical game, and how you play at key moments can make a big difference. This is applicable to all departments of the game in varying degrees, but its complexity obviously increases in the field, where you have many options in field placements, lines of attack and choice of bowlers.

It may be too early to pass judgement on Virat Kohli as captain after two failures. And it isn’t as if MS Dhoni does not suffer reverses, even in One-Day Internationals (ODIs), despite all his experience by now. Only six months back, India lost an ODI series at home to Pakistan.

It’s just the manner of India’s two losses so far in the Caribbean triseries that suggests to me that Virat Kohli may not be the best candidate in the Indian team to deputise for Dhoni. India lost the first game after getting into a winning position against the West Indies, and then totally capitulated to Sri Lanka despite having the advantage of winning the toss and bowling first on a sticky wicket.

You have to give credit to Mahela Jayewardene and Upul Taranga for the way they batted India out of the game. But it was equally evident that the Indian bowlers and fielders were mostly going through the motions rather than working to some plan. A clueless captain tends to have that effect, as bowlers and  fielders are not quite sure of the plan of action.

In Tuesday’s game, Ishant Sharma and Umesh Yadav got almost their full quota of overs despite going at 7.5 and eight runs an over.  Ravindra Jadeja did not get to bowl his 10 overs, and Suresh Raina bowled only two overs for 10 runs. In the previous game too, Raina bowled two overs in which he gave four runs and picked up the ninth West Indian wicket, before being taken out of the attack. These were tactical blunders. Besides, Kohli is so expressive with his disgust over fielding and bowling lapses that it tends to pull even a world champion side down.

Make no mistake. I think Kohli is an intelligent cricketer with a terrific attitude, who has been a key part of India’s successes in recent years. He has both solidity and flair as a batsman, and is second to none as a fielder. But captaincy is another matter. To be firm and purposive as a leader, and at the same time encouraging and supportive to help the team enjoy the game and play with enthusiasm is not something everyone can achieve. Sachin Tendulkar, for example, was relentless in the pursuit of his goals as a player, but invariably came a cropper as a captain. Kohli is very different from Tendulkar, and may yet come good as a captain, like he did at the Under-19 level. After all, he did struggle initially as a Test batsman too, before finding his feet. It remains to be seen how long a rope he gets before Rohit Sharma and Suresh Raina are considered better options, at least in ODIs.

One thing is for sure. The way the Indian team’s performance has plummeted after the Champions Trophy just goes to show how much of a difference Dhoni’s captaincy does make to this young side.