Pakistan's u-19 star, Imam-ul-Haq says he is unfazed by comparisons with uncle Inzamam.

Pakistan under-19 batsman Imam-ul-Haq speaks to Nishad Pai Vaidya about his game, uncle Inzamam’s influence and the challenges that lie ahead.

When you are related to one of the greatest batsmen you country has produced, the pressure would be immense if you adopt the same trade. But Imam-ul-Haq, Inzamam’s nephew, says that he and his famous uncle are two different personalities. So far, Imam has made a name at the under-19 level, finishing as the second highest run-getter at the ICC Under-19 World Cup in the United Arab Emirates. His uncle Inzamam-ul-Haq is certainly an inspiration, but is also a calming influence. “He is right handed, I am left-handed, but he is a calm personality. He always gives me confidence and tells me to enjoy my game. If you love cricket, you will really enjoy. He makes me feel comfortable so that I don’t feel the pressure of his name,” says Imam.

At the Under-19 World Cup, Imam was one of Pakistan’s main players as he scored 382 runs with a ton and two fifties. And, he scored a crucial 82 in the quarter-final to take them through to the next round as they worked their way to the final. It was a big victory, for Imam was a part of the team that lost to India in the quarter-final in 2012. “The two World Cups I played for Pakistan, it is an honour for me. My performance has been good and I was the second highest run-getter in this world cup. But, if the team loses (in the final), it feels very bad. We have been a good team and with our coach and manager, we have worked hard. I’ll miss them all as that was my last match of my under-19 career,” Imam says.

It wasn’t easy for Imam to play through the last two games of the tournament. He injured his hamstring during the semi-final and somehow managed to score 29. He did manage to play the final against South Africa, but is now out for a month of rest. Imam says, “Yes it was tough. I scored 29 despite being injured during the semi-finals. I felt proud that I scored 29. I was feeling uncomfortable in the middle,  but I told myself that I have to bat for my country. I will take rest. Thank god, it isn’t a serious injury. I’d like to mention my physio, who really helped me through this.”

But now is the time to look forward to the challenges that lay ahead. Imam was one of the few players in the Pakistan side who played First-Class cricket. He made three appearances and did manage to record a fifty, an experience that served him well at the junior level. He says his coach there taught him to absorb pressure and play according to situations. “It is a challenge for me. If you have to get into the Pakistan team, you have to score runs in First-Class cricket. It is not easy. Everyone knows that there are good bowlers, experienced ones. The pitches aren’t very good for the batsmen. The ball does seam around, but you have to be prepared for it. It helped me in my under-19 career. Those three games gave me a good experience,” Imam believes.

I really like Virat Kohli, for his aggressive attitude. His seriousness towards the game is amazing

Imam says that he is comfortable against the fast bowlers. Batting upfront for Pakistan under-19, he often looked untroubled against the pacers and drove them well. However, he believes he has to work on playing the spinners and wants to iron out the wrinkles in his game. “I love challenges. But, I will work harder. I will want to work on my mistakes and become better. After two months, West Indies A is coming to Dubai. I am hopeful of being in the Pakistan A team.”

Imam needn’t look too far for an idol, but he does like Virat Kohli and AB de Villiers. Kohli rose from the under-19 World Cup and is today India’s vice-captain. He is certainly one player who will inspire him. “I really like Virat Kohli, for his aggressive attitude. His seriousness towards the game is amazing,” he says.

But Imam maintains that there is a toil that lies ahead and he is ready to put in the hard yards once he makes a comeback after injury. “If you work harder, it shows your commitment and that tells how much you love this game. I don’t want to be left without cricket,” Imam sums it up. 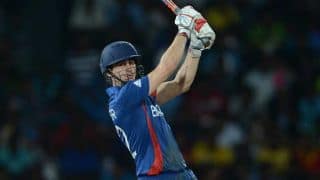