Ray Jennings is one of the most renowned coaches of South Africa.

Ray Jennings is one of the most renowned coaches from South Africa, who is currently at the helm for the South Africa Under-19 team. In the past, he has coached the senior side and was also with the Royal Challengers Bangalore. In an exclusive chat with Nishad Pai Vaidya in Sharjah, Jennings spoke about the importance of team culture and work ethic, Virat Kohli, coaching and a lot more.

Ray Jennings gathers his troops after practice at the Sharjah Cricket Stadium. He has a few words with the youngsters and then directs them to pack their kits, helping them along the way. Jennings is one of the prime coaches in South African cricket and has looked after their Under-19 side for a few years. In 2004-05, he was appointed as the coach of the senior side and has also been with the Royal Challengers Bangalore (RCB).

Jennings stresses on the importance of team-culture and work ethic, something he tries to imbibe in his young group of players. As South Africa prepare for their quarter-final against Afghanistan at the ICC Under-19 World Cup 2014, Jennings spoke to CricketCountry about the importance of team culture, the changing nature of coaching, Twenty20 (T20) cricket’s effect on coaching, Virat Kohli, Quinton de Kock and a lot more:

CricketCountry (CC): How do you look at this assignment? How different is this challenge from say coaching South Africa, which you did in 2004-05?

Ray Jennings (RJ): The challenges are very different, depending on the quality of the players and the age as well. But, [it is] very enjoyable and different. They are trying to find what works for them and the routines they go through. They need to be taught certain lessons about what works and doesn’t work in international cricket. The Indian Premier League [IPL] sides have their formulas in place. At this level, you get involved from a more coaching and a technical point of view.

CC: So, is there also a greater element of mentorship as they are all very young?

RJ: Yes, I think any of the staff involved in our setup have to be mentors. We obviously are mentors on the culture that we try to create in South African cricket. Every country has a culture. How they play the game, how tough they are, what they are good at. In the Under-19 program, we try and set the tone for the culture we try to achieve.

CC: We know you as a tough coach. Have you toned down for the younger level?

RJ: Yes, I don’t push them that much. The younger guys see me as a kitten. You might have seen me as a lion but ask most of them. They don’t see me as a tough guy, hopefully they see me as a fair guy.

CC: You have coached South Africa and then the Bangalore setup. How different was your approach for each?

RJ: The South African side is the pinnacle of the culture that we create in our country. It is very important that the 15 guys have the right work ethic and the right culture. It differs from country to country and how you look at the aspects, mental toughness for example. When I was coach, I tried to get them from a cultural point of view. With the IPL, you have so many different players from so many different countries. And you need to be skilled to ensure that everybody respects everybody else. One also has to think of respecting each other’s talent, respecting each other’s culture, religion and all that type of stuff. They might be enemies in country versus country, but from an IPL point of view, it is a challenge to get them play for a brand like with Bangalore. You are born watching your country and want to play for your country. [In IPL], it is very different to get that energy going.

CC: In our chat so far, you have spoken a lot about the importance of culture. Is that something you stress upon in your team-meetings?

RJ: Yes, there is no doubt! Without a culture, a lot of the things will fall down. Every country has a culture and so does every team. A guy like Sachin [Tendulkar], is from India, what culture does he bring into the change room? Being a leader and someone who is respected, that culture would be upheld in the change room. And, to bring another player in that, whose culture is very different, the core of that change room will behave like that. To me, the culture, the work-ethic and all those things that we as coaches and you as spectators of fans expect from your national players, so you can be proud of that culture.

Ten years ago, the Indian culture from a fielding point of view wasn’t good. That culture had to change and now they are competing in world cricket from a fielding point of view. That is just the attitude inside change room that people sit at home and are proud of that type of culture. That to me is 15 players create that culture and new players come in and are taught that. I suppose, it is like running a family at home: What’s your value system at home? Are you a hard-working person? If you are hard-working then others also work hard. For instance, it’s not possible for your one son to be lazy and the other son to be a hard-working guy. Your culture in a household would be set.

CC: The nature of coaching has changed as you travel the world. You are in South Africa, the next day you may be with an IPL side. So, as a coach, how do you adjust to a culture, work on it and perhaps improve it?

RJ: Adjusting to those cultures is a stimulation. You never get bored when you are dealing with an Indian player or a Sri Lankan, Australian or a New Zealander. It is a difference of behavior and reaction from players. The West Indian guys are very care-free and happy-go-lucky, whereas Sri Lankans are more intense. Australians are quite hard, mentally tough players. To adjust is the excitement of IPL or dealing with players in one change-room or environment.

CC: What do you see for coaching in the future? It has also evolved with the advent of T20 cricket.

RJ: I’d like to see myself as a specialist in T20 cricket. I like the speed of the game play and the speed of what happens in IPL. I have specialised in that and I have worked with top players. I have a good feel of IPL and the pace with which it is played and the impact it can make on people’s lives. Dealing with guys like  Kohli and AB de Villiers and Chris Gayle, it also teaches you as a coach, what needs to be done? For me, T20 is very exciting as a coach. Hopefully I can stay in T20 for a few years to come.

CC: What was your experience of working with some of the Indian guys like Kohli?

CC: That has changed a bit hasn’t it? You did appoint Kohli as a skipper at Bangalore setup at a very young age…

RJ:  Yes, it is definitely changing. Kohli, to me, is not a normal Indian guy. His character is not Indian-type. He has grown up as a very aggressive cricketer. That’s the way he plays his sport. He is more aggressive than a lot of the Indian players. The way he thinks is aggressive, the way he bats is aggressive. He is very much of a fighter on the field, which is more like an Australian or South African culture. From a very early age, he had that culture as he was moulded as that type of a person, as a leader right from the 2007-08 in the Under-19 setup. He definitely has that aggression about him, in the way he thinks and the way he plays.

CC: Can you tell us something about the South African unit? The 2012 batch saw Quinton de Kock make a transition to the higher level soon. Any of the guys in this batch can do it too?

RJ: The good thing about the South African Under-19 side is that we do have a big group of players that you can pick from. We have three of four fast-bowlers. But you need a good body and they are still developing. A guy like de Kock wasn’t the best during the last Under-19 World Cup, there were three or four other players. From that side, 12 off the 15 are playing franchise cricket. Out of this group, there are many players who do have the talent. India do expose a lot of the players when they are just about 18. We have had one tour with five matches, so some of the players haven’t had a lot of match-experience coming into the World Cup. India have played about 40 games. So they’ve shown development over the last year. Our development is starting. We catch up quite quickly to the Indian group of players in the next 18 months. 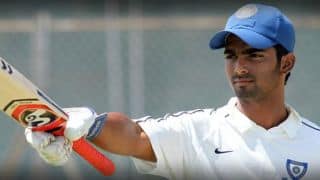 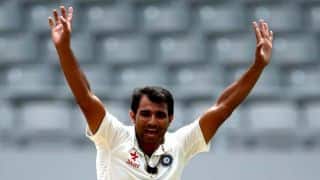 India need to groom seamers to hunt in packs