The short break between the end of the One-Day Internationals and the start of the three-match T20I series couldn t be more opportune, writes VVS Laxman.

The short break between the end of the One-Day Internationals and the start of the three-match T20I series couldn t be more opportune. As much for the fans, it also gives the Indian and English teams a chance to catch their breath after three frenetic, high-scoring, keenly contested games. India won the series 2-1, but it could so easily have been 3-0 either in their favour or England s. Each of those matches was alive till the very end, and that is a wonderful tribute to a format that has often played second fiddle to traditional Test cricket or to the hustle and bustle of the Twenty20 game.

The one standout feature of these three games was the attitude and approach of batsmen from both sides. The whole face of the 50-over format has changed in the last few years, and sometimes I wonder what really the limit is. What is a safe score these days? England amassed 350 in the first match and lost with nearly two overs to spare even though India were 63 for 4 at one stage. In the second match, India s 381 did not appear nearly enough till such time that Eoin Morgan was teeing off. And in Kolkata in the final game, on a difficult pitch for batting, one team made 321 and the other almost chased that down. It was astonishing batting, full of energy and positivity and a fearlessness that comes almost naturally to the modern-day batsman.

Having said that, I would personally favour a greater balance between bat and ball. While it may be true that spectators throng the grounds to see the ball flying to all parts of the ground and sometimes out of it too, there is only so much of the sameness that one can digest. We must have pitches that offer the bowler some kind of assistance not the huge one that pace bowlers in particular enjoyed at the Eden Gardens, but some degree of help so that bowlers don t run in resigned to their fate of just offering up helpings for the batsmen to gorge themselves on.

Of course, the fact that nearly 640 runs were scored at the Eden also goes to suggest that it is not just the flat pitches on which the batsmen thrive. The generous grass cover was a challenging proposition, but so attuned are the batsmen to belting the ball and so high is their confidence that even when the ball was darting around, they were unafraid to go for their shots. The field restrictions, quick outfields, heavy bats and short boundaries are all their allies, and therefore there is an urgent need to redress the balance in the 50-over game.

ICC could perhaps revisit the two-new-balls option. Perhaps to use one ball for 35 overs, and then change it with another that is equally old but a lot more visible, will ensure that the carnage is reduced somewhat because it will not always be easy to tonk a softer ball. Bowlers could also be allowed one extra bouncer per over to give them another option either to staunch the bleeding or to look for a wicket, depending on the game situation.

Also, I think the mindsets of the bowlers have to change somewhat when it comes to the one-day format. For too long now, the onus has been on taking wickets, and bowlers have perhaps forgotten the art of bowling defensively, just like batsmen seem to have neglected their defence somewhat even in Test cricket, given the desire to play with aggression and stamp their authority on the opposition. There was a time when five an over was considered an excellent economy rate. The changing milieu of the one-day game has brought us to a situation where even 60 runs in 10 overs can be considered a job well done; after all, increasingly, seven an over seems to be the norm.

For India, apart from the series victory itself in Virat Kohli s first outing as full-fledged limited-overs captain, there were several other performances that were extremely encouraging. We had spoken in the last piece about how there was a tendency for the Indian batting to rely heavily on Virat, especially under pressure. That was very obvious during the New Zealand series that India managed to win 3-2. Against that backdrop, the success of the middle-order and the lower middle-order is most heartening, and especially the form, the awareness, the innovation and nous that Kedar Jadhav showed.

Jadhav and Yuvraj Singh are at the opposite ends of the spectrum when it comes to their careers. Yuvi has played nearly 300 ODIs while Jadhav has not even topped the 20-mark. But both have taken the same route to glory domestic cricket. Yuvi scored loads of runs for Punjab to force his way back into the ODI team after three years, while Jadhav scored lots of runs for Maharashtra, and for India A, to now cement himself as an integral, crucial component in the Indian batting line-up. I am glad that the selectors have recognised and rewarded domestic performances, because it sends out the right message to all those who play and perform in domestic cricket on a consistent basis.

Jadhav was brilliant in each one of his three knocks. His hundred in Pune alongside Virat was outstanding in its conception and execution: he played a nice little cameo in the next game, and almost single-handedly won the final game in Kolkata. A clean striker of the ball who can play in the inverted V as much as in the conventional one, he was both orthodox and cheeky, and seems to have found his calling at the pivotal No. 6 slot.

Jadhav and Hardik Pandya at number seven provide the buffer that will allow Yuvi and MS Dhoni to bat with freedom and lack of diffidence. Pandya was another excellent all-round performer throughout the series, showing great maturity with the bat in the first and third games and being competent with the ball as well. Having added a yard or two of pace, he asks difficult questions to batsmen while as a batsman himself, he is a free-flowing entity that can hit the ball a long way. He and Jadhav have everything it takes to embrace the role of the finisher that Yuvi and MS have done so well for so long, though I would suggest that Pandya be handled and nurtured with care, both from a cricketing and a psychological perspective.

Needless to say, I was delighted for Yuvi and MS after their heroics in Cuttack. Thrust together at 25 for 3, they batted with a sereneness that only comes to the wise. They both needed those hundreds more for themselves than for anyone else, and once again, the wisdom of picking Yuvi and of MS batting higher up the order was all too apparent. Virat will be buoyed by the fact that as peerless a chaser as he is, he need not have to do it all on his own anymore. There is plenty of support in the shape of the experience of Yuvi and MS, and the enterprise and energy of Jadhav and Pandya.

In any form of the game, it is important for the openers to get the team off to a good start, but India s openers failed to put together even one substantial partnership, which is obviously a cause for concern. It is imperative, however, for the openers to be given some confidence, which is why I found the decision to drop Shikhar Dhawan for the last game a bit of a surprise. Shikhar had shown decent touch in the second game and I thought a big one was round the corner, so to leave him out and bring in Ajinkya Rahane made no sense whatsoever. Going forward, India must identify what their opening combination should be, a task that will become somewhat easy once Rohit Sharma is fit and available, but who his partner will be is a dilemma that the selectors and the think-tank will grapple with.

I am sure Ashwin will be a little disappointed at how the series went for him, though he bowled better than the figures suggest. His three strikes in Cuttack during the middle of the chase broke the back of the England middle order, but he will have to rethink his strategies and rework on the limited-overs skills that first brought him into prominence. In saying that, we must also not lose sight of the fact that this was really his first ODI series in a year, so there might have been a little bit of rust and a few nerves, but he will be better off for having these three games under his belt.

As ever, Bhuvneshwar Kumar was very good with the ball, especially in the second match where his death-over bowling was spot on. He used the yorker to telling effect, the outcome of hours of practice and the courage to bowl at the death during the IPL. While he can get the new ball to go in both directions, his control in the slog is impeccable, and he will be a valuable asset going forward, and especially into the Champions Trophy where India are the defending champions and which is what is their next 50-over assignment.

The immediate focus, however, will be on the T20 series that is just round the corner. Strap in for what is certain to be another unmitigated run-fest. 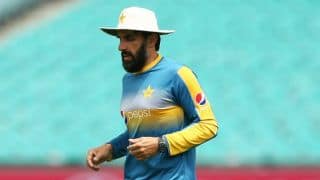 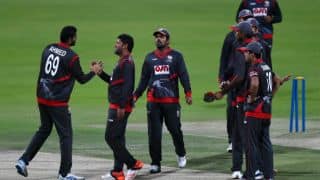