It was a shame that a fantastic Test match and a fabulous fightback by India were slightly overshadowed by the controversy surrounding Steven Smith s second-innings dismissal, writes VVS Laxman.

It was a shame that a fantastic Test match and a fabulous fightback by India were slightly overshadowed by the controversy surrounding Steven Smith s second-innings dismissal, but more of that later.

After the heavy defeat in Pune, this was going to be a test of character for Virat and his boys. India found themselves in unfamiliar territory, down by a Test match on home soil. How they would respond would be watched with great interest. I have had no doubt since the completion of the Pune game that India would bounce back. It was, however, important for the players to have the same belief and confidence in themselves.

After winning an important toss and following it up with a hesitant start, India grew fangs to sting Australia into submission. India s batting on Day One was not pretty. Batting first on a slightly damp surface and a loose top, they were submissive and diffident against the turning ball. They were clearly still feeling the after-effects of being bowled out cheaply twice in Pune, and their lack of confidence and trust in their defence and footwork was all too obvious. It was as if the fear of failure was all-consuming, and apart from KL Rahul who seemed determined to atone for his poor first-innings stroke in Pune the rest were far from convincing.

Nathan Lyon bowled extremely well, I must point out. It is not easy for an overseas spinner to impose himself on the Indian batsmen on the first day of a Test, but Lyon found the perfect pace and instinctively hit the right areas to feed off the uncertainty in the minds of the Indian batsmen. Eight for 50 was a wonderful display of craft and guile, admittedly helped along by the Indians who looked as if every ball would explode to be fair to them, some of them did without warning.

Day One was all Australia, but when India came out to defend their modest 189 on the second morning, they were a side transformed. By then, the moisture had evaporated and the cracked strip in Bengaluru I have never seen a Chinnaswamy surface with so many cracks was starting to play slower. It would now bring the faster bowlers into play more than the spinners especially with the cracks on a good-length area on stump line, making for uneven bounce.

Ishant and Umesh were tireless, large-hearted and outstanding on the second morning. It is one thing to know that there is the potential for assistance from the surface, quite another to run in on a hot day, ball after ball, over after over, session after session, with not just intent but also aggression, and to bowl with as much intensity in the day s last over as the first. India only got six wickets on the second day and were already behind on the first innings when stumps were drawn, but I firmly believe that that was the day when the momentum gradually shifted.

India snatched the initiative emphatically on the third day, first through Jadeja with the ball and then through Rahul, Cheteshwar and Ajinkya with the bat. I thought Virat could have used Jadeja better in the first innings, especially with Ashwin probably feeling the effects of a heavy workload during the long season. Jadeja was off the attack for long periods and seldom bowled an extended spell, but he was deadly on the third morning to ensure that Australia s lead was no more than 87.

Perhaps sometimes, we tend to overcomplicate things by keeping a left-arm spinner away from a left-handed big-hitter like Mitchell Starc. I honestly believe Jadeja should have bowled a lot more in the first innings; who knows, Australia may not even have gone ahead by 87.

It was now time for the batsmen to stand up. In three innings combined, India s batsmen had barely crossed 400 collectively. They needed to put up their best performance of the series, and the top order did not disappoint. Rahul was once again brilliant, positive when he needed to be and watchful when the ball so demanded.

It was a blueprint that was to rub off on Pujara and Rahane. Their partnership was based around looking for runs. Not necessarily the big strokes, but the rotation of strike, the gentle ticking over of the score board, and the inevitable frustration that process will trigger in the opposition. Also I was impressed with their strategy and the technique they adapted to counter the help the bowlers were getting from the surface.

The only century stand of the series so far was worth its weight in gold. It is a template India would do well to follow for the rest of the series. Australia s spinners are competent but not extraordinary; they must be respected but not feared. Once you sort that out in your head, runs in the middle are not really that hard to come by.

Having said that, I was a little disappointed at how quickly India folded up against the second new ball. Agreed, Starc and Hazlewood are top-quality performers, but India needed to be a little more smart and intelligent with their batting. Attempting expansive shots early in the innings is not a good option, and on another day, India might have paid for their generosity that saw the last 6 wickets go down for just 38 runs.

Fortunately for them, the bowlers stepped up once again. Again, Ishant and Umesh were very, very good, while Ashwin rediscovered his zip at the most opportune moment. It was never going to be easy to chase 188 on the fourth-day strip, not with the ball misbehaving in bounce if not in turn. India were aggressive and relentless, and it is precisely this brand of cricket that you need when you play a team like Australia that is excellent at front-running but that has shown a tendency to crumble when the pressure is put on them.

Back to the Smith incident. One of the prime reasons for the DRS being in play is to eliminate obvious mistakes from the umpires. Players have the right to challenge the umpire s call if they are convinced that the decision was wrong, but they need to rely only on on-field expertise before opting for a review. I am not sure whether Smith or the Australian think-tank covered themselves in glory as Smith immediately looked in the direction of the dressing room after being adjudged leg before.

I have watched and read with amusement some of the comments and statements from the Australian camp. Everyone saw what happened out in the middle, and the speed with which Nigel Llong moved to Smith when he was waiting for a signal of some sort from the dressing room on whether to review the decision or not. It was neither brain fade nor a one-off, in my opinion.

Immediately after that episode, I had tweeted my disappointment at Smith s action:

Really disappointed with the way @stevesmith49 looked @ the dressing room 2 take a review.Totally against the spirit of the game #INDvsAUS

I felt it was against not just the rules but also the spirit of the game. Nothing has happened since to make me change my opinion. Frankly speaking, having played against Australia and several of their feisty cricketers, I expected better from the captain of their side. Hopefully, Smith will redeem himself as a leader in the matches ahead.

Some of the comments coming out of the Australian set-up, both current and past, have not amused Virat one bit. That is perhaps the biggest mistake the Australians have made thus far. Having arrived determined not to rile Virat up, Australia have gone in the exact opposite direction. If I was an Australian, I would be wary of a backlash, maybe in Ranchi, maybe in Dharamsala, maybe in both places.

The biggest takeaway from Bengaluru, apart from the result itself, was the attitude, aggression, commitment and hunger of the Indian boys. The one-for-all-and-all-for-one philosophy was at its most obvious, with players standing up for each other and refusing to take a backward step. There is a thin line between being aggressive and being nasty. I am proud as a former Indian player that the current bunch is staying on the right side of the line without sacrificing natural flair and flamboyance, and without compromising on the spirit of the game that, in my book, holds as much value as the laws themselves. 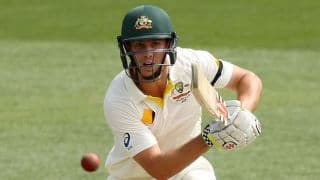 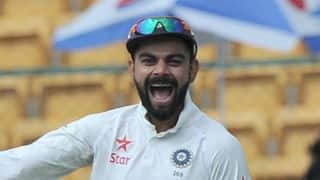