In another continent, the news of Laxman's retirement was received with much elation. 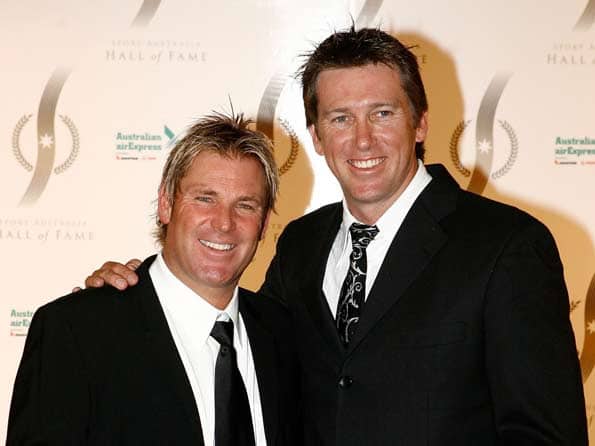 Indian cricket fans woke up to a sad Sunday, still coming to grips with the unexpected retirement of VVS Laxman on Saturday evening. But in another continent, the news was received with much elation.

“It’s a shot in the arm for Australian cricket,” said one cricket fan from Melbourne. “VVS Laxman’s retirement will certainly hasten Australia climb back to the No 1 slot.”

There was more good news in store for Australian cricket before Sunday drew to a close. Shane Warne and Glenn McGrath, the two kingpins of the Australian attack at its pomp, announced a joint press conference to declare that they are available for national selection again!

A beaming Warne, looking ten years younger than he was when he first announced his retirement, began the address by saying, “Ladies and Gentleman, I’m delighted to announce that Pigeon (McGrath) and me are back!” – almost sounding like Arnold Schwarzenegger! “We were eagerly waiting for this day since 2006…”

Taking the mike from Warne, McGrath chipped in, “Actually the Ashes revenge in 2006 was cited as our final goal six years ago. Though we whitewashed England on home soil, we were not satisfied as we wanted to do well in India. Now that the biggest thorn in the Australian flesh is out, we thought it’s time to help Australia get back to the glory days.”

Warne took the mike back from McGrath and added: “There is another reason – in fact, an inspiration. We have seen how Sachin goes on and on and on…. One evening while Pigeon and I were having a drink we thought, maybe we should emulate Sachin. And there cannot be a more opportune moment for us and Australian cricket.”

Even as Warne was talking to the media, McGrath answered a call on his cell: “Hey, Tugga!” … What! Final frontier?!!! Brilliant!”

Sachin Tendulkar: I did not go chasing anyone to become MP