Wasim Akram: 15 facts you should know about the legendary Pakistani

Wasim Akram: 15 facts you should know about the legendary Pakistani

Wasim Akram, born on June 3, 1966, is one of the greatest bowlers to have played the game.

Wasim Akram, born on June 3, 1966, is one of the greatest bowlers to have played the game. With 502 One-Day International (ODI) wickets and 414 Test scalps, Akram graced the highest level with his skill and mastery for Pakistan. Nishad Pai Vaidya picks 15 facts about Akram. Also Read: Wasim Akram: Life and Times

Contrary to popular beliefs, it wasn t Imran Khan, but Javed Miandad who spotted the talented Akram at a young age. An 18-year-old Akram was picked for Pakistan in 1984-85, when Miandad was the captain. Hasib Ahsan, the former Pakistan player, also played his role in the selection. Imran wasn t playing international cricket at the time and returned to the side in early 1985. There began the mentor-mentee relationship.

New Zealand were touring Pakistan in late 1984 and once Miandad got to know about Akram and his talent, Pakistan wanted to fast-track him to the highest level. Akram s first recorded competitive match is a First-Class encounter for the Board of Control for Cricket in Pakistan s (BCCP) Patrons XI against New Zealand at Rawalpindi in November 1984. He marked the occasion by taking seven wickets in the first innings. A few days later he made his one-day debut and was then on the trip to New Zealand for a full tour, where he made his Test debut.

3. Unaware of being paid

Akram was packing his bags to tour New Zealand, he had asked his skipper Miandad as to how much money he should carry. He wasn t aware of the fact that the BCCP was going to pay him to play for the country! This anecdote finds mention in Osman Samiuddin s book, The Unquiet Ones.

4. Diabetes at a young age

Despite being fit and physically active, Akram was diagnosed with diabetes when he was only 30 years old. National Health Services website quotes him, I lost eight kgs in a little over two months, but I put it down to hard training, drinking lots of water and sleeping a lot. I faced the West Indies in that condition. My father and my wife insisted I go to the doctor who discovered my sugar level was sky-high. Despite that, Wasim went on to play for Pakistan for another six years and touched great heights.

Akram was one of the most feared bowlers in his day. He could control the ball like no other, bowling at a good pace and getting it to move copiously. Thus, it comes as no surprise that he has four hat-tricks at the highest level, two in Tests and two in One-Day Internationals (ODIs). His ODI hat-tricks came in 1989 and 1990, both at Sharjah. In 1999, he took two hat-tricks in back-to-back Tests against Sri Lanka to help Pakistan win the Asian Test Championship.

During the 2003 World Cup in South Africa, Akram became the first man to take 500 ODI wickets. His finally tally stands at 502, which was later broken by Sri Lankan spin wizard Muttiah Muralitharan. The third-highest wicket-taker in ODIs is Akram s former teammate Waqar Younis, who stands way behind at 416. Muralitharan and Akram are the only two bowlers with over 400 wickets in Test and ODIs.

7. Highest wicket-taker among left-armers in Tests

He is the ninth highest wicket-taker in Test history with a haul of 414 wickets. His tally of wickets is the highest for any left-arm bowler pace or spin.

8. Highest score for a No. 8 batsman in Test cricket

During the first Test between Pakistan and Zimbabwe at Sheikhupura in 1996, Pakistan were in dire straits going after Zimbabwe s first innings score of 375. Akram then came to the rescue, smashing 257 not out, an innings that included 22 fours and 12 sixes. During the rescue act, he constructed a 313-run stand with Saqlain Mushtaq for the eighth wicket. Though Akram is known for his bowling, he was quite a competent batsman and could contribute when needed.

9. Most successful left-arm bowler in history

Akram is the only left-arm bowler to take over 400 wickets in Test cricket. With 502 wickets on ODIs to boot, he is the most successful left-arm bowler in the game s history.

Akram s last international appearance was during the 2003 World Cup. He was then playing for Hampshire in county cricket, where he was amongst the first players to feature in a T20 game. Akram played five T20s that season and took eight wickets at an average of 15.12. His first T20 wicket was that of Matt Prior.

Chaudhry Mohammad Akram, Akram s father, was kidnapped in the late 1990s for about a day. This was at a time when there were match-fixing allegations surrounding Pakistan cricket. In a chat with the Daily Mirror a few years after the incident, Akram said, “My brother called to say my father had suffered a heart attack and the reason behind it, I believe, was that he had been kidnapped for a day. Those people who kidnapped him thought that, you know, a match was fixed even though someone else was captaining the side at the time. They held him captive for a day and they were hitting him all over for a day and he is 65 years old.”

Akram was married to Huma, a psychologist. She had used her expertise to work with some of the Pakistan players, including Akram. She passed away in 2009 in Chennai as she was being flown from Lahore to Singapore for treatment. However, they had to land in Chennai due to medical emergency. Sadly, she passed away in Chennai s Apollo Hospital due to multiple organ failure. Akram re-married in 2013, an Australian girl called Shaniera.

While Pakistan players don t feature in the Indian Premier League, Akram was a fixture as the bowling coach of Kolkata Knight Riders. He has been working with the franchise since 2010 and was at the helm when they won their titles in 2012 and 2014. Interestingly, Akram had given the 2013 season a miss due to family commitments, the year Kolkata were defending their title for the first time. The following year, he was back and they won the title.

On August 5, 2015, Akram was attacked by an unidentified men at Kasraz Road around National Stadium in Karachi but he remained unhurt. Further, the incident was reported to police and registered a complaint. On the next day, Akram tweeted about the same and thanked for all the love and support.

Multan Sultans is a PSL franchise formed in 2017. The team’s first season was in 2018. Akram was named the team’s director and was their bowling coach. The team is led by Shoaib Malik and has the likes of Kumar Sangakkara. 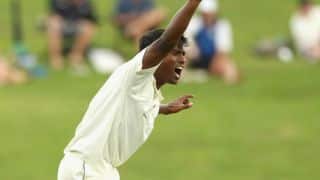