The West Zone squad for the Duleep Trophy was announced on September 24. While the domestic performances have been rewarded, the talking point was the inclusion of 35-year-old Wasim Jaffer in the squad. Is this selection a vision for the future or just a stopgap arrangement? Sarang Bhalerao analyses the 15-man West Zone squad. 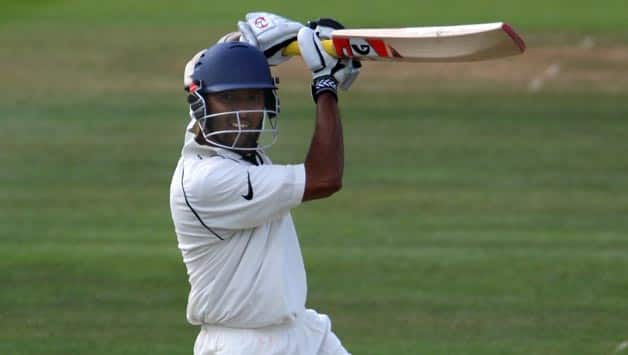 If the rationale behind Wasim Jaffer’s selection is a stop-gap arrangement, then such a decision has absolutely no vision © Getty Images

The West Zone squad for the Duleep Trophy was announced on September 24. While the domestic performances have been rewarded, the talking point was the inclusion of 35-year-old Wasim Jaffer in the squad. Is this selection a vision for the future or just a stopgap arrangement? Sarang Bhalerao analyses the 15-man West Zone squad.
When you look at the West Zone squad for the Duleep Trophy, it tells you one thing. Domestic performances have been rewarded. Read the list of players selected and surely your eyes would be transfixed looking at the name of Wasim Jaffer, who has been named the captain of the side. Here’s a man who had been ignored for the past couple of seasons because selectors had a vision for the future. Jaffer did not fit the bill as he was not getting any younger. So what can be inferred from his selection in the team two years hence?

Duleep Trophy is the perfect recce before the national call up. If one goes by that logic does it mean Jaffer, at 35, still has a chance to make it to the Indian team? He wasn’t even considered in the India A side that played recently against New Zealand A, neither did his name feature in the three-match four-day series against West Indies A, where a perfect platform is provided for the likes of Gautam Gambhir, Virender Sehwag and Zaheer Khan to make a comeback. So why was Jaffer ignored there?

Looking at the Indian batting line–up, the opening slot in Test matches is taken by Shikhar Dhawan and Murali Vijay, both of who have performed consistently in India’s last assignment against Australia at home. Breathing down their neck is the Delhi duo Gambhir and Sehwag, albeit the latter is fine batting in the middle-order — something he has been talking about for a long time.

If the rationale behind Jaffer’s selection is a stop-gap arrangement, then such a decision has absolutely no vision. This was an opportune moment to groom a youngster like Kaustubh Pawar who has had decent success batting at the top for Mumbai. His 161 against Madhya Pradesh in December 2012 in the quarter-final was reckoned by Jaffer as one of the finest innings he had seen in the knock-out stages.

At 35, Chris Rogers has done his reputation no harm by scoring a fine century at the Chester-le-Street earlier this summer against England in the Ashes. Misbah-ul-Haq, 39, is currently the lynchpin of Pakistan batting. So, there is a flaw in the logic to determine the talent of a player based on his age.
The other selected players

Yusuf Pathan of Baroda has been named as Jaffer’s deputy. The Baroda dasher has a First-Class average of under 40 and has scored only seven tons in 52 games. His 210 not out against South Zone in February 2010 helped the West Zone chase down a mammoth 513. After that innings, Yusuf has not been able to consistently score big runs. Consistency is something which the all-rounder will be aiming to attain this season in order to win back the confidence of the selectors.

Coming from Yusuf’s Ranji team is a precociously talented opener, Aditya Waghmode, who has a First-Class average in the 40s. Against Mumbai at the Wankhede Stadium he scored two composed half-centuries in the match.

Manprit Juneja of Gujarat is in red hot form. He recently hit 192 against New Zealand A at Vizag and is currently one of the best young batsmen in the country.

Hiken Shah gets rewarded for his consistency. The left-handed middle-order batsman was on a diet of centuries last season, scoring runs at will.

The young Ankit Bawne is part of Maharashtra Ranji setup since 2007 when he was 15. He was recently part of India Under-23 team that won the championship beating Pakistan at Singapore. Bawne’s captain at Singapore, Suryakumar Yadav, an aggressive middle-order batsman, will be looking to use this opportunity to strike good form before the start of the Ranji season.

The wicketkeeping duty will be handled by Maharashtra’s Rohit Motwani who has been consistent for the past couple of seasons. Opener Harshad Khadiwale from Maharashtra too finds a place in the side.

The spin bowling department comprises off spinner Kamlesh Makwana from Saurashtra and two left-arm spinners, Rakesh Dhruv and Akshay Darekar. Dhruv has been part of India A side, and has bowled well against New Zealand A and the touring Australia side earlier this year.

The fast-bowling unit will be spearheaded by Jaydev Unadkat who has played one Test for India. Left-arm pacer Samad Fallah and Baroda medium-pacer Murtuza Vora have found a place in the side.
The squad:

West Zone would take on South Zone at Chennai on October 3.