With the Indian team about to leave for one of the toughest tours available in international cricket Ranji Trophy has taken a backseat. As a result almost no one noticed Wasim Jaffer being the seventh Indian to reach 50th First-Class hundreds against a nondescript Vidarbha.

What makes Jaffer’s feat so special? With batsmen of the stature of Andy Sandham and Mark Ramprakash having crossed the magical figure of a hundred First-Class hundreds, fifty seems to be a rather paltry number.

What we must remember, however, is the fact that given its structure the English County Championship allows cricketers to play more First-Class matches per season than their counterparts all over the world. The Ranji Trophy, for example, used to be played in a knock-out format in its earlier stages, which meant that some players had to be content with one First-Class match per season.

If we consider only batsmen who have never played Championship Jaffer is not as far behind. In fact, if we do not include Don Bradman (who should anyway be excluded for any kind of cricket analysis) the next man on the list is Neil Harvey, who has scored only 17 hundreds more than Jaffer.

As stated above Jaffer became the seventh Indian to reach the fifty First-Class hundred mark. Of the other six Vijay Hazare was the only one who played cricket in an era when India’s exposure to international cricket was limited, and thanks to World War II he could not make his debut before he had turned 30.

Other than Hazare, however, the other five had all gone on to play over a hundred Tests (okay, make that 99). It did not stop at that: at least a third of everyone’s First-Class matches have been Tests. Over half of Rahul Dravid’s First-Class appearances came in Tests, whereas in Sachin Tendulkar’s case the count has been close to 65%.

Of course, Jaffer had gone past Ajay Sharma’s tally of 31 Ranji Trophy hundreds last season. With 34 hundreds he is well clear of Amol Muzumdar, his nearest contender among contemporaries.

Jaffer is not even 36, and probably has at least four or five years under his belt. He has scored approximately at the rate of three hundreds a season, which means that he should be looking at the 60-mark before he hangs up his boots.

Jaffer should, under ideal circumstances, have won a berth on the upcoming tour of South Africa (he had, after all, top-scored with 116 in the last Test he had played on South African soil — against Dale Steyn, Makhaya Ntini, and Shaun Pollock), but given the fact that even the in-form Gautam Gambhir has been overlooked one should perhaps not expect such decisions.

While we will have to remain content with watching Jaffer in only Indian domestic cricket this season, what we can do is take a trip down the memory lane and re-live Jaffer’s 50 First-Class tons: 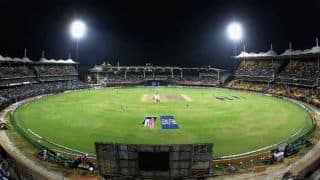 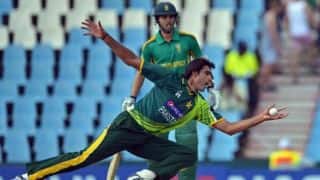