In a first for world cricket, the West Indian Cricket Board has offered the job of the men’s team coach to a woman – Australian sports presenter Mel McLaughlin.

In a first for world cricket, the West Indian Cricket Board has offered the job of the men’s team coach to a woman – Australian sports presenter Mel McLaughlin. The move comes in the wake of two of the West Indies’ premier stars, Chris Gayle and Dwayne Bravo being totally smitten by the Network Ten presenter and wooing her on live television.

The move was confirmed by WICB president Whycliffe Cameron, who admitted that current coach Phil Simmons wasn’t quite delivering and if anyone could fire up the boys to give their very best on the field at the moment, it would have to be Mel. “I know Chris went too far with the way he behaved with Mel on TV, but look at what’s happened to him and Bravo in cricket! They just set the Australian grounds on fire with their blistering hitting and sheer power. That’s the kinda thing we want to see happening in the West Indies as well. And at this point, I really don’t see anyone other than Mel making that happen. We’ve sent her our offer letter. Hope she accepts!” Cameron told The UnReal Times.

Swashbuckling opening batsman Chris Gayle expressed his delight at Mel’s appointment. “Sweet Azz! Hope Mel’s on. She don’t have to do much. Just let us to look into ur eyes & don’t blush! That should do, baby! LOL” (sic) the Jamaican tweeted, totally unfazed over all the recent outrage. Gayle also toldThe UnReal Times that he is in constant touch with Pakistan legend Wasim Akram, from whom he is actively seeking tips on wooing Australian women. “Ain’t nobody knowin’ that better than Wasim!” Gayle said.

Wicket keeper Denesh Ramdin too, has been upbeat about the offer. “I just can’t wait to do well on the field, earn appreciation from Mel and then flash a piece of paper that says ‘Ya! Talk Nah!’ up to everyone out there!” an ambitious Ramdin exclaimed. According to Cameron, given the rate at which the Windies are falling for Mel, it won’t be long before even veteran batsman Shivnarine Chanderpaul begins to launch sixes into the stands in his next match.

Meanwhile, tabloids in India have already begun to ask Bollywood actress Anushka Sharma whether she feels insecure, with beau Virat Kohli and the Indian Cricket team currently on tour down under. 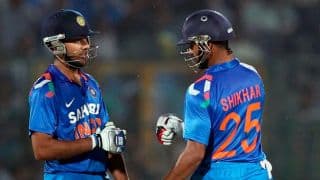 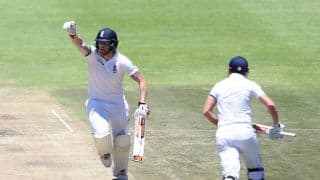 Ben Stokes better player than what I was at age 24: Ian Botham