West Indies have the team to challenge Australia in Australia

West Indies have the team to challenge Australia in Australia

The West Indies tour Australia for a five-match one day series and a T20 starting on the first of February. With the resurgence of the West Indies, the series is likely to be well contested and exciting. 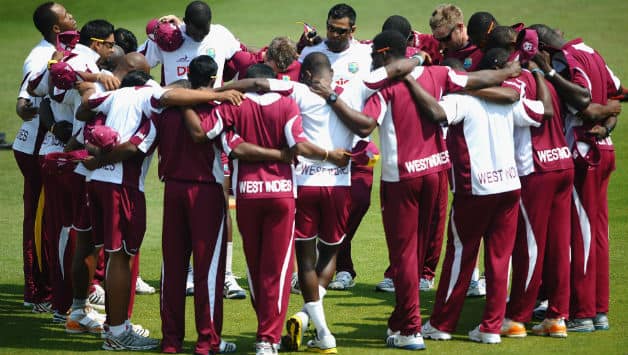 The West Indies tour Australia for a five-match one day series and a T20 starting on the first of February. With the resurgence of the West Indies, the series is likely to be well contested and exciting.

The West Indies team is a mix of youth and experience. A big plus for the West Indies is the return of Ramnaresh Sarwan after sorting out his differences with the administration. Sarwan has played 173 One-Day Internationals (ODIs) scoring 5644 runs at 43.41. He last played for the West Indies in 2011 and that which was a Test match against India.

Chris Gayle is the one batsman the Aussies will fear the most. He may not have fired in the Big Bash, but he is due for a big score. On his day he can single-handedly destroy bowling attacks.

Kieron Powell played well against Bangladesh in the ODIs scoring two centuries and will be a perfect opening partner for Gayle.

With the likes of Kieron Pollard, Andre Russell, Dwayne Bravo and Darren Sammy, the West Indies have quality all-rounders — aggressive batsmen who can be dangerous with the ball. All four of them are match changers.

The pace bowling department is bolstered by Kemar Roach and the man who has made an impressive comeback — Tino Best. Jason Holder, 22, is a welcome addition to the team.

Sunil Narine is the lone specialist spinner, though Samuel Badree may have been a good choice. Badree is miserly and can also bowl well with the new ball. He could have been handy on the Australian tracks.

Wicket keeper Devon Thomas is an exciting young player and will look to establish his place in the team.

Michael Clarke has been in the form of his life and will want to make his form count against the Windies. David Warner is an impact player and, like Gayle, will look to establish his authority.

The likes of David Hussey, Phil Hughes, Maxwell and George Bailey will be looking to make of the opportunity and continue to impress the selectors.

Spinner Xavier Dohetry who troubled India last year in the ODIs and also has been troubling the Lankans as well, will be the Australian trump card.

The pace bowling will look to be in the safe hands of Mitchell Johnson, Mitchell Starc, Clint McKay and other pacers who play the series according to their rotation policy.

Australia may start of as favourites, but they will be aware that West Indies can be really dangerous in the shorter format.

(Meit Sampat is a lawyer and Company Secretaryship student who loves blogging and reading. His passion for cricket has got him invited as a guest on TV cricket shows)