West Indies need some serious introspection, which can be possible only when the players decide on what they want and how.

With Australia handing another embarrassing 2-0 whitewash to the West Indies in The Frank Worrell Trophy 2015, it has once again showed that it’s not just Australia who have proved themselves a quality side following ICC Cricket World Cup 2015 triumph, but it also showed hoe pathetic the state of affairs in West Indies is. Ayush Gupta takes a glance at the Caribbean side.

Before the Test series began, it was known that it would indeed be a tough series for the Caribbean team, and that too against a quality side like Australia — who are on song — following their fifth ICC Cricket World Cup triumph. Although, Test cricket is a different ball game, but Australia were expected to carry confidence into this series and in the future. This certainly gave then a huge psychological advantage to them.

West Indies, on the other hand, had a marginal outing in the mega event, losing to co-hosts New Zealand in the quarter-final. However, they were confident of performing well in this series, taking the positives from   their inspired show against England. READ: West Indies shed their intensity too quickly as seen against Australia

In the first Test at Dominica, West Indies looked frail with their batting order, deprived of Shivnarine Chanderpaul, with the likes of novices such as Shai Hope and Shane Dowrich making it to the squad. However, it was Hope, who surprising became the top run-scorer in the first innings, which otherwise was a dull outing for the Caribbean side, as they were bowled out for a paltry 148.

Even their bowling attack seemed to be extremely weak and it was doubted whether it is strong enough to claim 20 Australian wickets in a Test. Although they were successful in claiming 10 in the first innings, courtesy of a combined effort from fast bowlers and leg-spinner Devendra Bishoo’s brilliant spell of six for 80, it was their batting again that let them down.  The senior player, Marlon Samuels played a healthy knock of 70, as they were again bowled out for a measly score of 216. The weak batting set a target of just 47 for the Australians to chase it down comfortably and win by nine wickets to go a game up in the two-match series. SCORECARD: West Indies vs Australia, 1st Test at Windsor Park in Roseau, Dominica

The second Test at Jamaica presented a chance of turnaround to the Caribbean side. However, it was hardly noticed as the bowlers once again struggled to get wickets, but not that of Steven Smith, who smashed a splendid 199. They were able to bowl out Australia for a challenging total of 399, courtesy of another mixed team work and a six-wicket haul, but this time, it was from Jerome Taylor, who claimed six for 47.

However, when they came to bat, it was another shaky performance. Although they were able to avoid follow-on, the West Indies ended up getting bowled out for 220, with new faces like Rajindra Chandrika, Hope and Dowrich failing to fire again. However, Jermaine black wood and Jason Holder played a good knock of 51 and 82, respectively.

The second innings saw more poor performance by the bowlers as they were able to claim just a couple of wickets, with Australia scoring 212 and setting a target of 391 for the Caribbean team to draw level. Nevertheless, it was an uphill task for West Indies, considering their present situation, and as feared, they ended up getting bowled out for a paltry 114, thus losing the game by 277 runs and Australia making a clean sweep. SCORECARD: West Indies vs Australia, 2nd Test at Sabina Park in Kingston, Jamaica

The question that pops up now is what exactly is wrong with the Caribbean team at present. The answer could be quite debatable. Prior to the series, it was considered that they don’t have a quality bowling line-up. However, following the performance in the series against Australia, it could well be said that not just the bowling, it’s also the batting that seriously needs to be looked upon.

Although West Indies were considering a change in the line-up, bringing in new faces in the batting line-up, they just simply were not prepared enough to face the likes of Mitchell Johnson, Mitchell Starc, Josh Hazlewood and Nathan Lyon. Also, with these youngsters failing to fire, it created tremendous pressure on the seniors, thus affecting their performance as well.

In the bowling, which was a problem way initially, although they showed brilliant team work to dismiss the Australians on two occasions, it just wasn’t good enough as they gave away a flurry of runs that proved to be too costly for them and as a result cost them the match. They need to work on their bowling plan — which includes which line and lengths to hit and how to generate swing. The swing could indeed be a crucial factor for the West Indies bowlers and could have well pushed the Australians on the back foot by a good margin.

Thus, the Caribbean side need to overall work on their game play if they ever need to be reckoned once again as the global force in cricket. They need some serious introspection, which can be possible only when the players decide on what they want and how to achieve it. Although, it will not be an over-night task, as they have to travel miles to do so, but the sooner, the better. 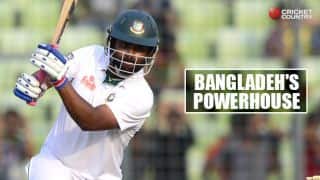 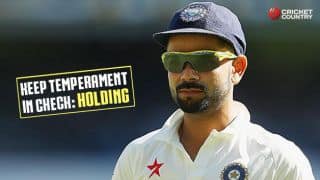