The winner of the clash between West Indies and South Africa will go on to play Australia in the final of the tri-series.

West Indies will play South Africa in the 9th match of the Tri-Nation series 2016 that also features Australia on Friday. The match will be played at the Kensington Oval in Barbados and is a must-win game for both the teams more so for the hosts’. The winner of the clash will go on to play Australia in the final. The hosts, West Indies have already been dealt with a number of blows and are now left with just 13 players to choose from. Among those injured is captain Jason Holder was the latest to get into the list. He pulled his hamstring and therefore is not certain to take part in the contest. Keeping that in mind there might be a few changes in the squad. Let’s look at what could be the likely XI for West Indies. LIVE CRICKET SCORECARD: West Indies  vs  South Africa , 9th ODI Match at Barbados

Top Order: The West Indies top-order could not take them off to a good start against Australia in the last match. Johnson Charles and Andre Fletcher have not been able to convert their starts into big ones, but this could just be an opportunity to do that, keeping in mind the importance of the game. Darren Bravo has had similar fortunes too. He has had a rather forgettable series so far. But again, with tough opponents like South Africa in front of them, he could well make it count and take some responsibility off the shoulders of the middle-order. ALSO READ: West Indies vs South Africa, West Indies Tri-Nation Series 2016, Match 9 at Barbados: Likely XI for South Africa

Middle-Order: The crux of the West Indies batting in the tri-series has been their in-form middle-order. Marlon Samuels, Denesh Ramdin and Kieron Pollard taken charge for scoring the runs for West Indies. Samuels with a knock of 92 off 87 balls against Australia in the 5th match of the tri-series and then a magnificent 125 off 134 balls in the last game against Australia again. He has shown what he is capable of and how much he enjoys answering his critics. Ramdin too played a fantastic knock in the last game. Kieron Pollard meanwhile, has not only scored some valuable runs, he has also picked wickets when he has come onto bowl.

Lower-Order and Bowling: West Indies will have to rely on Shannon Gabriel, who will be the only front line bowler in the team if Holder has to sit out. Jerome Taylor was left out of the Barbados leg of the series and therefore worries are plenty for the hosts. Medium pacer Jonathan Carter might find a place in the team in place of Holder. But Carlos Brathwaite, who has not been among the runs will have to put in a better performance if West Indies want to reach the final. Sulieman Benn and Sunil Narine will surely be a part of the team against South Africa and will have to deliver for the home team.

Note: Kieron Pollard might captain the side in Jason Holder’s absence. 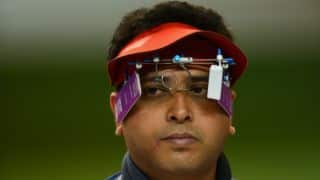