Shruti Chopra dwells into her tarot cards to see what lies ahead in the ICC 2012 T20 World Cup final between Sri Lanka and the West Indies on Sunday. 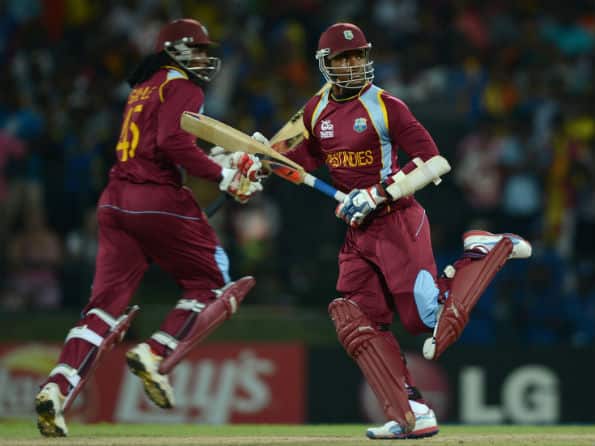 Shruti Chopra dwells into her tarot cards to see what lies ahead in the  ICC 2012 T20 World Cup final between Sri Lanka and the West Indies on Sunday.

The Chariot is all about balance, aggression and charging for victory. Sri Lanka will believe in themselves to win and hence will carry such an aura around them. The Four of Swords, Two of Pentacles and the Page of Cups warns them to not be overly reliant on pre-conceived ideas – flexibility in plans will be key if they are to peak at the right time during the game. They will do fairly well in most areas of the game, but fielding will come under scrutiny after a good start.

Mahela Jayawardene has the wisest plans and a team that is in sync, but yet the Nine of Wands and Eight of Cups displays his nervousness and moments of disappointment with various situations. His batting will start off strongly and will play a good independent innings, but the Five of Pentacles interrupts this flow.

Kumar Sangakkara will have a weak start and it may even be tough for him to come out of such a situation. A little additional care in these stages will see him propel his innings into a strong one as indicative of the Ten of Pentacles.

Tillakaratne Dilshan has qualities of the Justice card – balanced and calm, but he may appear just a little too calm. Nevertheless, he will have a good day all round.

Anjantha Mendis will take some time to be effective, but he will be economical.

Lasith Malinga will have a good start and apply a lot of balance to his game plan. The Temperance shows him to be sensible and moderate in his approach.

Akila Dananjaya is not going to give up despite a disappointing start. He will come back well through the guidance of the team.

Rangana Herath too will not have a comfortable time, but with the King of Cups drawn, he will adapt himself well and appear deceptive.

The Devil card displays West Indies’s strong desire to win especially as there is tremendous self-belief and confidence. Having drawn the Hermit and the Four of Pentacles, they do not want to be over aggressive and display any form of desperation, instead they will approach the game through wise ideas hence maintaining a sensible approach. Their bowling will require better direction, as the Five of Cups warns of some unnecessary disappointments.

Darren Sammy will be aggressive, but well directed. The Moon shows his desire to fight back, but there is also the Page & Five of Cups which represent some odd decision making which will not work not as planned. The Empress is drawn for Sammy’s batting, therefore it will appear confident and he will enjoy the opportunity, whereas his bowling will be expensive at times.

Chris Gayle will be aggressively targeted and will be hounded by the opposition. He will combat this well and look to build himself steadily as suggested by the Queen of Swords.

Johnson Charles will appear nervous and confused. He will show some promise, but this will not last.

Marlon Samuels will have a good all round performance. The Magician shows him to be confident and smart.

Dwayne Bravo celebrates his birthday today and will feel upbeat about it, yet anxiousness is also seen in his cards, therefore he will need to be careful of just charging ahead. Overall, as explained by the Emperor card he will pick himself up and develop better command.

Sunil Narine will have a good start and the right attitude to be a good contributing factor in the team’s successes. The Four of Wands represents the importance of him playing well, which he will manage to do.

Ravi Rampaul will be expensive. He will need to stick to what he knows as any unnecessary experimentation will lead to trouble, especially as the Nine of Swords shows a concerned Rampaul. Richie Benaud: A great all-rounder and the voice of cricket