Overall, the West Indies squad have it in them to reach the last four of the World Cup.

The West Indies Cricket Board (WICB) announced their 15-member squad for the upcoming 2015 ICC Cricket World Cup early on Sunday, with popular names such as Dwayne Bravo and Kieron Pollard shockingly absent from the list. The side is also captained by 23-year-old Jason Holder, a veteran of 21 ODIs. Amit Banerjee analyses the quality of the side and the impact it will have on its chances in the mega-event.

The residents of the Caribbean islands (barring a few) woke up to the news of their World Cup squad being announced on the news channels. Clive Lloyd, Chairman of the Selection Panel, was confident that the side that the board had picked was the right side, and that the team “had the right mix of experience and youth”. What must have caught the attention of those residents the most was the absence of two highly reputed players in the format, Dwayne Bravo and Kieron Pollard. Another move that might have surprised many would have been the selection of a young Jason Holder as the captain of the squad.

West Indies’ biggest strength in recent times has been the pinch-hitters in their squad who have also done well as all-rounders. Be it Bravo, Pollard, Chris Gayle, Marlon Samuels (who has been picked as the vice-captain), Andre Russell or Darren Sammy, the presence of such batsmen have come in handy for the men from the Caribbean, especially in the shorter formats. The team is going to miss Bravo and Pollard in the World Cup, especially when they would require some big-hits in the event of a top-order failure.

The batting order nevertheless is a power-packed one that contains names such as Gayle, Lendl Simmons, Dwayne Smith, Darren Bravo and Marlon Samuels. A list such as this cannot be taken lightly by any bowling attack in the world, as highlighted during the recent Twenty20 Internationals (T20I) between West Indies and South Africa, both of which were won by the former, with the opposition bowling attack being highly formidable in their own backyard.

Gayle is, without a shadow of a doubt, one of the most fearsome batsmen in the world at the moment, and can single-handedly decide the fate of a match. Samuels is in terrific form at the moment, and will play a key role in the stabilising the innings after a couple of early dismissals. Simmons was handy as an opener during the 2012 edition of ICC World T20 and will hope to repeat the heroics on the biggest stage in world cricket. There might be a bit of a tussle for the team management between picking Dwayne Smith and Simmons as Gayle’s opening partner.

The West Indian middle-order contains the presence of hard-hitting as well as match-winning players in the form of former captain Sammy and Russell, both of whom have been known for guiding their teams to a desired finish courtesy of some whirlwind hitting due to which they’ve pulled-off some memorable victories. Wicket-keeper Denesh Ramdin completes the batting order, with Jonathan Carter having to fight it out with Sammy and Russell for a spot in the place.

The most relieving news for the West Indies is undoubtedly the return of Sunil Narine, whose action had been termed ‘illegal’ by the International Cricket Council (ICC) during its recent crackdown on suspect bowling actions. Narine is currently one of the best exponents of the art of spin-bowling, and his ability to get the much-needed breakthrough along with a few quick wickets is what makes him a dreaded figure in the minds of most batsmen. He will share the spin-bowling responsibilities with Suleiman Benn, although the inclusion of two spinners in the final playing eleven sounds unlikely.

Four pacers have been included in the squad, viz. Jerome Taylor, Kemar Roach, Sheldon Cottrell and skipper Holder. Taylor’s bowling speed exceeds 140 kmph and can inject a few lethal bouncers in his spell, making the venues in Australia and New Zealand ideal for him. So is the case with Roach and Holder, the latter being a recent discovery with a lot of potential in him to make it big in the international stage. The biggest challenge for Holder will not be bowling to the likes of AB de Villiers and Virat Kohli, but captaining his side without any prior experience of it on the international stage. One would hope for the senior members to lend in some support to the 23-game-old lad, which is something that can be expected from a team with such unity as this.

Overall, the West Indies squad have it in them to reach the last four of the World Cup, if they can afford to leave the negativity surrounding their cricket administration behind and focus completely on their game. They may not have reached the final of the World Cup since the defeat in the final of ’83, but this year they very well might. 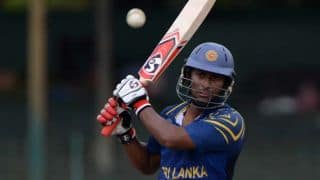