Kejriwal is really worried that with such dismal performances and as a prophylactic measure to avoid this, he has come up with a brilliant idea.

Last ball of the match. Two runs to win. MS Dhoni on strike. Dwayne Bravo to bowl and he is out. India lose by one wicket. It is advertisement time.

In the break, Sushant Singh Rajput comes out as MS Dhoni, smacks a few helicopters and wins India the World Cup.

A glorious past meets a gloomy present.

Like most Indian fans, even Delhi CM Arvind Kejriwal had his eyes welled up. A movie buff and an avid sports lover that he is, he has cancelled all his appointments on September 30 to ensure he watches the first day first show of MS Dhoni: The Untold Story. Apparently, some close sources have also suggested that he has already saved the review of the movie in his drafts. ALSO READ: Watch Dwayne Bravo pulls off a stunner to get rid of Ajinkya Rahane

He happens to be a great fan of both Dhoni and Sushant since both share their genes with the great Bihari gene pool (the land of his two elder brothers, Lalu Prasad Yadav and Nitish Kumar).

Kejriwal is really worried that with such dismal performances, Dhoni the player will only garner negative reviews from cricket pundits and chances are likely that Dhoni the film might also get poorly affected by real life MSD’s on field performance.

As a prophylactic measure to avoid this, Kejriwal has come up with a brilliant idea.

Speaking exclusively to the writer after a long break, Kejriwal remarked, ” It was frustrating to watch India lose last night! I have seen the MSD trailer a zillion times now. What else do you think I do sitting in my CM office? Anyways, let us leave that aside for a while. Yes, so I was saying that from the trailer it is very evident to me that currently Sushant Singh Rajput plays the helicopter shot better than Dhoni himself. Also, I have been following Sushant on his Instagram profile and I discovered that the guy is super fit and knows how to keep wickets as well. In addition, he looks exactly like Dhoni when he wears the India t shirt and helmet. So, I have officially written to India coach, Mr. Anil Kimble to allow Sushant to play instead of MSD in the next game. That will also indirectly boost the revenue of the movie and more and more people will go and watch the movie! After all, if an Aam Aadmi can watch a good movie, it’s the ultimate form of democracy! I am pretty sure Sushant will do well!” ALSO READ: Dhoni goes past Ponting, most runs in a T20I and 20 more statistical highlights for India-WI 1st T20I

A senior spokesperson from BCCI laughed off Kejriwal’s claims and when the writer passed on the message to the Delhi CM, he was infuriated and blamed Narendra Modi for the debacle. 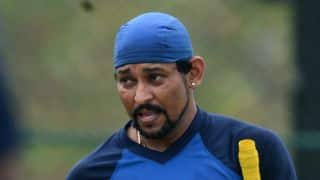 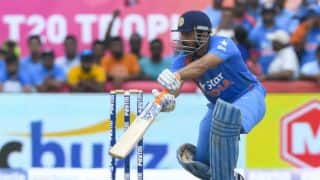