It's a rare sight to watch Mike Hussey misfield, let alone dropping a catch! During a home against South Africa in 2008-09, Hussey dropped a skier.

Mike Hussey, also known as Mr Cricket is regarded as one of the most reliable fielders in the game. He has 210 international catches to his name, and some of them have been blinders.

It’s a rare sight to watch Hussey misfield, let alone dropping a catch! During a home Test against South Africa in 2008-09, Hussey dropped a skier.

Blame it on the sun, but it was hilarious to watch Hussey panic, move left and right, clueless as to where the ball was! He first moved back, then to his right, then to left, then again to right, before the ball fell on his left and just behind him. The batsman Dale Steyn managed to steal two runs. Hussey made a complete mess of it, and this must have been one of the most embarrassing moments in his career. 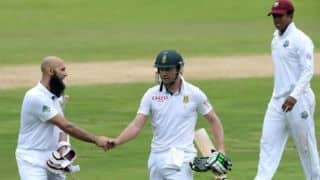