Where is the spirit of the game, gentlemen?

Where is the spirit of the game, gentlemen?

The events that unfolded have put to question where the game of cricket is really heading.

“Sport has the power to change the world… it has the power to inspire. It has the power to unite people in a way that little else does. It speaks to youth in a language they understand. Sport can create hope where once there was only despair. It is more powerful than government in breaking down racial barriers.”

The popular quote by Nelson Mandela has been doing the rounds in social media over the last few days. And almost running parallel, in the field of cricket, there is an abusive dismissal of what sports really stands for; to forget that victory is simply a parcel of what is a much bigger cause.

If sports were indeed only about winning, the stakeholders wouldn’t be more than just the players and the management. It is about identity, about creating spaces of love where hate and misery thrives; about honourable life lessons learnt in the most beautiful way. And exactly for that reason, champions are not merely the ones who come first; they are much bigger icons of the sporting world.

The events that unfolded in the Ashes and Ranji Trophy over the last few days have put to question where the game of cricket is really heading. Cricket, unlike most other sports, has a strong integration of ‘spirit’ that is more valued than the ‘rules’. You would be frowned upon if you chuck the former for the latter purely to hold an advantage in the game.

Murali Kartik Mankading a young 20-year old Bengal batsman, Sandipan Das, can’t be downplayed under any circumstances. Bengal coach Ashok Malhotra criticised the left-arm spinner for his action stating that unlike a one-day game, there was little scope for the young batsman to enjoy the thrills of cheeky singles in a four-day match. And more importantly, would the youngster go on to learn that victory is more important than anything else?

The act of Kartik and the happenings thereafter in the match left a poor taste in the mouth.

And hence when the Bengal players refused the customary handshakes after the match, it showed why the practice is more than just a ritual; it is an acceptance of fair play.

All this took place just a few days after arguably the biggest cricketing rivals — Australia and England — in another part of the world showed that threatening opposition with physical violence was an acceptable thing in the game. To make matters worse, the captain of the side led the verbal attack, instead of controlling his team. The gestures that followed at Adelaide between the two teams weren’t too warm either. It isn’t definitely the first time that someone has been sledged, but it only goes to highlight the vulnerability of the sport from its true essence. A lot of love is lost in midst of the eventual result of victory or defeat ­ — which has no bearing to the ill-tempered and sour acts on the field.

Neither politics nor economics can bring people across the world as close as sports can. And the pity acts of few shouldn’t hamper the garden where love blossoms. And thus I say: Victory is simply a parcel in sports. 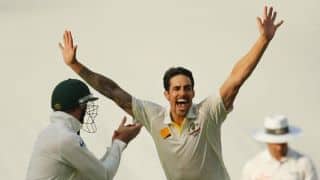 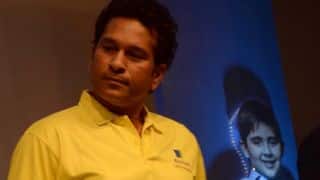