In a piece titled, Cricket cannot afford to be snobbish about it followers, on ESPNCricinfo, this is what Harsha Bhogle has to say: "Many years ago I had suggested that cricket would become a bouquet of offerings, a bit like an automobile company with products at different price points. 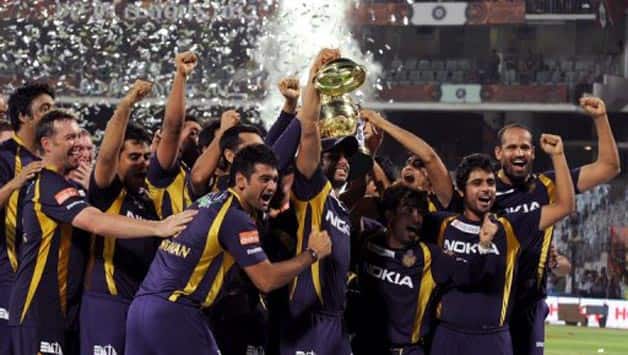 The T20 format is not inferior or for mass consumption only or for the regular junta from front benches. It may test the players on different skills and may challenge the traditional image of cricket, but the format is as noble or ignoble as Test cricket © AFP

In a piece titled, Cricket cannot afford to be snobbish about it followers, on ESPNCricinfo, this is what Harsha Bhogle has to say: “Many years ago I had suggested that cricket would become a bouquet of offerings, a bit like an automobile company with products at different price points. Test cricket would be the top-of-the-line model, while T20 would, like the small car, bring in the numbers and the profits. And nothing has changed since. What I am concerned by is the refusal of many, let us say the equivalent of those who drive Mercedeses or BMWs, to acknowledge the role that the driver of an Alto plays. I keep hearing of how we need to curb T20 for the future of Test cricket; that is like thrusting what we want to see on to people who are interested in something else.”

Bhogle is essentially saying most people seem to want T20 cricket. So, let’s produce what people want. That Test cricket should not be thrust on the T20 loving public.

I am actually struggling to make sense of my own disagreement with the way the whole piece is written and the points it tries to make and I have come to the conclusion is that today’s administrators’ cannot be given a ‘green-chit’ by simply identifying what is common between the cricket model and that of auto manufacturing or anything else for that matter and endorsing their actions.

In most arguments, the prevailing and uncontested view is that “Test cricket is the ultimate”, that it is THE top-of-the-line product. Why? Who made Test cricket king? Because it’s a longer format? It’s certainly not the costliest, like most luxury cars are. Even in pure sporting terms, just because the format is longer, does it make it a ‘superior’ product? If a soccer game is expanded for three hours will that make it a better more nuanced product? Is running a marathon superior to running a 100 metre race?

I have often heard Sunil Gavaskar and Mahendra Singh Dhoni say that T20 cricket is like a lottery? Really? Just because it’s a shorter format than Test cricket? Is Usain Bolt just lucky that he can win a 100m race? I have never heard anyone say that a “marathon is the ultimate” and only a marathon tests a true runner. That, as you shorten the distance winning races becomes a lottery.

The T20 format, in my view, is not inferior or for mass consumption only or for the regular junta from front benches. It may test the players on different skills and may challenge the traditional image of cricket, but the format is as noble or ignoble as Test cricket. And please, let’s not get carried away with the term “Test” cricket. T20 too “tests”. May be not the traditional skills but it’s a “Test” nonetheless.

If analogies must be drawn, then at most Test cricket can be called “legacy” without trying to make T20 look inferior in any way.

My point being, Test cricket is not the car equivalent of the Rolls Royce. The Rolls Royce is genuinely a superior product in many respects, in comparison to a Toyota Corolla say. The Rolls Royce is superior in quality, performance and gadgetry. It is a high-cost car and is specifically targeted to a more affluent class of people. It has kept itself “modern” within those parameters and its business projections are well within these parameters as well. It does not aspire to match production levels of a Honda Accord.

The point being that the Rolls Royce has been ALLOWED to keep itself modern and relevant, without the interference or the monopoly of the Toyotas and Hondas. People who enjoy and more importantly who can afford a Rolls Royce, can buy the car and enjoy it.

On the other hand; cricket is officially produced by one manufacturer. One that is cannibalising its own product [Test cricket] in favor of a new one [T20] that is more appealing to the larger market.

Then what about the traditionalists? When a luxury car manufacturer feels that there is more money to be made catering to the mass market, it usually sells its existing business to someone who is willing to cater to the smaller more affluent market. The market doesn’t get destroyed.

The reason I reject the product analogy is that unlike in the product world, selling Test cricket to a willing buyer (who promises to keep producing it) is not an option. A market, however small, is being destroyed and given no chance of survival.