Steven Smith’s withdrawal makes complete sense because it tells about Australian desperation to do well in the Test series that are lined up.

Come to think of it: a three-Test series each against South Africa and Pakistan at home, 11 ODIs in the home summer which has against six against New Zealand (home and away), and a three-match T20I series against Sri Lanka. This is how Australia’s duty chart looks like before they set out for the India tour in February-March 2017. Australia’s schedule for next seven to eight months in the lead-up to the Border-Gavaskar Trophy 2016-17 does look frightening, but to ensure that their best men are up for the challenge, any move requires great deal of contemplation, and of course temerity. Steve Smith’s sudden exit from an intense ongoing ODI series in Sri Lanka is not any spur-of-the-moment decision if understood well, because on their part, Australia see greater value in it.

Against South Africa, since the dawn of this century, Australia have lost only twice out of nine meetings. In the same time period, against Pakistan, the Australians were humbled only once out of five times. Australia certainly do not want their domination to cease against New Zealand. And Australia have not lost any series yet to Sri Lanka playing at home. ALSO READ: Michael Clarke, others question CA’s decision to call back Steve Smith from ongoing ODI series in Sri Lanka

Criticism will be from all corners if any top international side withdraws its best player in between a series as challenging that Australia are having against Sri Lanka. And if the withdrawn player happens to be the captain, the rest of the team may feel broken and depleted. There are chances of the team losing confidence as well. But Australia are ready to take the risk. Smith’s withdrawal indeed looks outrageous, there are many who already have jumped the gun.

But how about giving some space to those running the show?

Smith’s withdrawal makes complete sense because it tells about Australian desperation to do well in the Test series that are lined up. Of course, a players’ workload may not vary a lot compared to the other. But in the case of a captain, the workload is several notches higher, and by resting Smith for a few weeks before the tour of South Africa begins, the Australians are trying to work up some magic which will keep them on the top of their opposition more often than not in the coming months.

Physical weariness can be dealt with by having ample amount of rest, but to keep your mind in the right place requires time off the activities that one is involved with. Australia are trying to do exactly the same with Smith.

Indeed, the Test series against South Africa and Pakistan will be extremely challenging, but not to the extent the tour of India. The last time around, Australians were handed their first-ever whitewash by India. Going by the previous two tours to the Indian subcontinent after that ill-fated India tour, Australia do not look like having made any progress at all. A whitewash is on the cards and a great possibility, since Australia are still in search of batsmen who can not only survive against spin but make runs as well.

Resting the captain and the best batsman is not a masterstroke; to can look daft and may bring more criticism for Australia if they continue to play the way they have been in Sri Lanka. Smith was their best batsmen in the Tests. With 88 runs in the first two ODIs, if not big scores, he at least got starts which many of the other Australian batsmen failed to. Australia know they have taken a massive risk by dropping their batting mainstay, and their ordinary shows have only worsened with the kind of form David Warner has been in.

Australia’s readiness to sacrifice a few limited-over matches in order to get their house in order as far as Test cricket is concerned looks audacious. They have been recently toppled from the top spot which they always feel belongs to them, and a grim future in India has already increased some amount of uneasiness and desperation. To address all their problems, like all the other teams Australia too have all the right to do whatever it takes to make things fall in the right place. In order to achieve that, they need Smith firing on all cylinders. 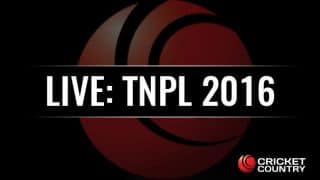 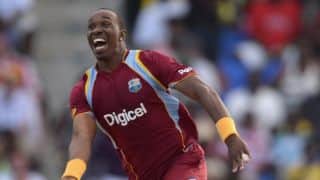