Why can't the Indian cricket administrators have a sense of humour?

As Cricket Australia (CA) and Cricket South Africa (CSA) got involved in a friendly, witty banter of words, Abhishek Mukherjee laments the lack of sense of humour in The Board of Control for Cricket in India (BCCI), the richest cricket board of the world.

The Cricket South Africa had started it at on Wednesday evening. They could have merely showcased the Test Cricket Championship Mace in a couple of tweets, but they decided to stretch things a bit further and have a jibe at Cricket Australia, mentioning that the Mace was back in its rightful place.

CA were certainly not going to accept that without a retaliation. Their response was prompt, and the counter-jibe was curt but suave: they put up a picture of the Mace next to their World Cups; thus equipped, they asked back, “That’s nice. Do you keep it next to your World Cup trophies too?” and added a wink at the end.

That’s nice @OfficialCSA. Do you keep it next to your World Cup trophies too? …  pic.twitter.com/bJfAj9ve7l

This was as subtle a banter as it could get. There was no animosity; it was a friendly repartee that started with a dig and ended in a nice comeback. This was what cricket, both on-field and off-field, used to be made of: nice conversations, often involving sledges, but generally a clean affair that involved an emphasis on humour than crude, uncouth verbal exchanges.

Why can you not be like this, BCCI? Why do your affairs invariably reek of the murk of scandals, money-flexing, and corruption? Why can you not make us smile, for once, instead of making us laugh and ridicule at your inefficiency, gloating over moolah, and ostentatious profligate attitude, especially during the Indian Premier League (IPL)?

Grow up, BCCI. Give the world a taste of how respect can be earned. Everyone is not born a champion, but being decent is free of cost. Be refined; be polite; be good-humoured; raise the bar; in other words, celebrate cricket in its own charms. 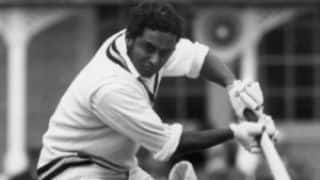