Why Tendulkar's tally of First-Class tons should rank over those who have scored more than him, except Bradman

Why Tendulkar's tally of First-Class tons should rank over those who have scored more than him, except Bra

With the solo effort in the first innings of the Irani Trophy, Sachin Tendulkar equalled Sunil Gavaskar’s Indian record of 81 First-Class hundreds. Arunabha Sengupta tries to estimate how many hundreds Tendulkar would have scored if he had played as many matches as the county cricketers of the bygone past. 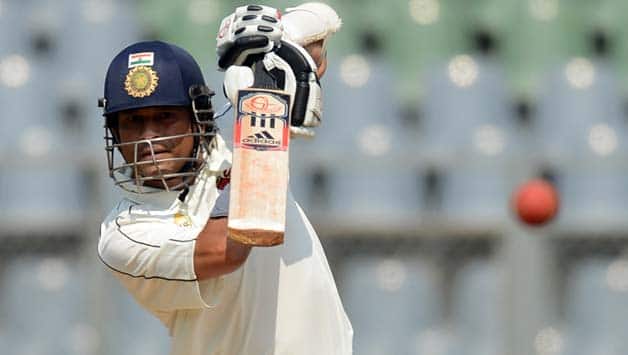 If Sachin Tendulkar had county cricket as much as those who have scored more centuries in First-Class cricket, the Little Master’s tally of centuries would have been way ahead of the field © AFP

With the solo effort in the first innings of the Irani Trophy, Sachin Tendulkar equalled Sunil Gavaskar’s Indian record of 81 First-Class hundreds. Arunabha Sengupta tries to estimate how many hundreds Tendulkar would have scored if he had played as many matches as the county cricketers of the bygone past.

The first century was scored on his First-Class debut as a rosy cheeked 15-year old. The year was 1988.

Cold War had not yet thawed. Even as the Iron Curtain fluttered in the winds of change, Soviet Union stood firm having just begun the perestroika programme of economic restructuring. Germany was still divided by a man-made wall that ran across Berlin, manned by American and Soviet soldiers.

That day in 1988, the average age of the rest of the players involved in the ongoing Irani Cup was 2.33. Wasim Jaffer, the eldest, was ten. Four players were not born.

Twenty-four years have passed. Sachin Tendulkar has just completed 25,000 runs in First-Class cricket. More than 60% of them have been obtained at the highest level while engaged in Test matches. He has joined Sunil Gavaskar at the top of the table for the most number of First-Class centuries by an Indian batsman.

Gavaskar scored his 81 hundreds in 348 matches. Tendulkar got there in 45 less. What makes Tendulkar’s achievement even more commendable is that Gavaskar played 125 Test matches, and 223 non-Test First-class games. In contrast, Tendulkar has played 194 Tests and only 109 non-Test First-class matches. Gavaskar’s scored 34 hundreds in Tests, while has scored 51 thus far in Tests.

True, Tendulkar’s remarkable record has been reached without the benefit of the easier pastures of non-Test First-Cass matches. His time has been occupied elsewhere – scoring 18,000 more runs and 49 more hundreds in One-Day Internationals has the potential to clutter one’s calendar.

However, it leaves one wondering how many hundreds he would have managed if he had played a similar proportion of non-Test First-Class matches as the batsmen who head the list of First-Class centurions.

For example, if we consider the frequency of his hundred plus scores in non-Test First-Class matches and assume that he had played 223 non-Test First Class matches like Gavaskar, his estimated number of career hundreds amount to 112.

It is significant that the two Indians have played just a handful of county matches. Gavaskar appeared in 15 games for Somerset and scored two hundreds. Tendulkar represented Yorkshire 16 times and managed one. Most of the cricketers who lead the table of First-class centuries have had long county stints with a huge number of matches under their belts.

Among the 25 batsmen who managed a century of First-Class centuries, 21 are English. Three of four non-Englishmen, Viv Richards, Zaheer Abbas and Glenn Turner, spent a large part of their careers in the county circuit, playing 507, 459 and 455 First-Class matches in their respective careers. Only Don Bradman, with his monstrous appetite for hundreds, managed the feat without the help of a county career, though four rather long English tours did push things along.

However, what is significant is that none of the others in the 80-plus group comes remotely close to Tendulkar in the percentage of Test matches played and percentage of hundreds scored on the premier stage of Test cricket.

In the table below we have listed all the batsmen with 80-plus First-Class hundreds with the percentage of Test matches and Test hundreds.

In the last column we have tried to estimate the number of hundreds Tendulkar would have made if he had played as many non-Test First-Class matches as each batsman.

For example, from the first row we find out that Jack Hobbs scored 199 hundreds in 834 First-Class matches – including 61 Tests. If Tendulkar had played 773 First-Class matches apart from his 194 Tests, he would have scored 264 hundreds given the rate of his 100 plus scores. This figure has been captured in the last column.

In this list as well, as in most of the areas of batsmanship, only one batsman upstages him – Don Bradman.

Leader board of First-Class centuries: the last column denotes the estimated number of hundreds Tendulkar would have scored if he had played the same number of non-Test First-Class matches as each batsman in the list.

BCCI - flexing its muscle to its advantage