4 catches taken by debutant Jeet Raval are the most by any New Zealand fielder on debut at home.

The first Test of the two-match series between New Zealand and Pakistan was played at Hagley Oval, Christchurch. The first day of the Test was washed out because of rain, play began on second day of the match. Winning the toss, New Zealand invited Pakistan to bat first and bowled them out for mere 133, thanks to debutant Colin de Grandhomme‘s 6 for 41. New Zealand batted decently on a track which was providing healthy amount of swing to pacers. They were all out for 200 and got a crucial lead of 67 runs. Jeet Raval, who was making his debut in this Test, played an impactful knock of 55 runs.

Further, New Zealand pacers once again dominated the Test by bowling out Pakistan for 171. The Kiwis were asked to chase a small but tricky total of 105, which they did comfortably by losing only two wickets of skipper Kane Williamson and Tom Latham. Despite one day was being washed out, the match ended on Day Four. For New Zealand, Williamson played a key role in the chase by adding 61 runs from his bat. Mohammad Aamer and Azhar Ali were the only wicket-takers in the final innings of the Test. With this another interesting contest, Abhishek Kumar present some interesting numbers from this contest.

De Grandhomme became the 4th New Zealand cricketer to receive Man of the Match award on his Test debut after Stephen Fleming in 1994, Mathew Sinclair in 199 and Mark Craig in 2014. Overall he became the 41st player and first since Mustafizur Rahman in 2015 to achieve this. In fact, in the last 10 years RP Singh (2006) and Kyle Abbott (2013) are the only other ones to achieve this..

No wicket for Yasir Shah in this Test. This was the first time Yasir went wicketless in a Test. His match figures read 13.3-1-61-0.

Sohail Khan’s 40 is the 3rd-highest score by a No. 9 Pakistan batsman in New Zealand after Saleem Altaf (53* in 1973) and Intikhab Alam (45 in 1965). This is also the highest score by any visiting No. 9 at Hagley Oval and second-highest overall after Matt Henry’s 66 against Australia in February 2016.

10th instance of Kiwi pacers taking all 20 wickets of opposition in a home Test and second against Pakistan. Overall, this is the 13th such instance by New Zealand pacers in a Test, home or away.

4 catches taken by debutant Jeet Raval are the most by any New Zealand fielder on debut at home. Yajurvindra Singh holds record for most catches in criteria for taking 7 catches against England in 1977 at Bangalore.

53-run stand for 8th wicket between Asad Shafiq and Sohail Khan is the highest by any Pakistan pair for the 8th wicket in a Test in New Zealand, eclipsing the previous best of 46 between Hanif Mohammad and Intikhab in 1965.

91 runs by Jeet Raval in this Test is the fourth-highest runs by a debutant opener from New Zealand at home after Hamish Rutherford (171 against England in 2013), Rodney Redmond (163 against Pakistan in 1973) and Jackie Mills (124 against England in 1930).

Neil Wagner reached the 100-wicket mark in 26 Tests. He is the second-fastest New Zealander to the landmark after Richard Hadlee, who completed his 100 scalps in 25 matches.

Mohammad Aamer’s 3 for 43 are his best since his return to Test cricket. This was also his first 3-for against New Zealand.

Colin de Grandhomme’s 6 for 41 are the best bowling figures by a New Zealand debutant. He broke the 65-year old record held by Alex Moir for taking 6 for 155 against England in 1951.

De Grandhomme’s were also the second-best bowling figures by a debutant bowler against Pakistan in a Test after Abbott s 7 for 29 in 2013.

This was the 50th Test for Misbah-ul-Haq as captain of Pakistan. He became first captain from Pakistan to reach the landmark, 16th overall and 7th among those who began their captaincy tenure since 2000, the other 6 being Graeme Smith, Ricky Ponting, MS Dhoni, Alastair Cook, Michael Vaughan and Andrew Strauss. 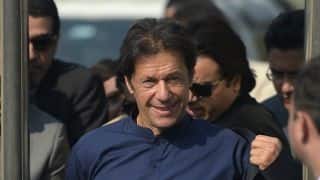