Will Mitchell Starc-Trent Boult pave way for another cracking contest in Auckland?

Will Mitchell Starc-Trent Boult pave way for another cracking contest in Auckland?

India and England were involved in a run-fest in the recently-concluded three One-Day International (ODI) series. 2090 runs, 6 300-plus scores, 4 hundreds, 11 fifties, and 2 200-run stands kept the crowd on its toes. The short series brought smiles on the face of organisers and sponsors, whereas satisfied the needs of spectators. These entities are not the ideal ones who thrive to see an equal contest between bat and ball. All they want is big hits, with the ball flying out of the park. But, is this the ideal way how ODI cricket should be played? Nowadays, the contest has become a one-way traffic, with batsmen dominating and bowlers trailing behind.

Amidst this hullabaloo of batsmen-dominated era comes the much awaited Chappell-Hadlee Trophy between the Trans-Tasmanian brothers, Australia and New Zealand. Australia are without the likes of regulars like Usman Khawaja, vice-captain David Warner and skipper Steven Smith. Nonetheless, it does not make the competition one-sided, as both the sides have two exceptional bowlers. Who can forget the nerve-wrecking affair in the group clash of ICC Cricket World Cup 2015 that included Australia and New Zealand? Full Cricket Scorecard: New Zealand vs Australia 1st ODI at Auckland

The pool A clash, played at Auckland’s Eden Park restored faith to the fact that low-scoring matches can be as equally entertaining as the high-scoring ones. The game produced 303 runs in 333 balls, with 19 wickets going down. Australia opted to bat, which was also played as the Chappell-Hadlee contest, and they folded up in 32.2 overs courtesy Trent Boult‘s mavericks.

Boult came into bowl in the 18th over, for his second spell. Then skipper Brendon McCullum brought back his main weapon to dominate the proceedings, as Australia were on the back foot, at 96 for 4. Boult dismantled Glenn Maxwell and Mitchell Marsh in quick succession to swing the contest in Kiwis’ favour. Maxwell’s dismissal was a delivery asking to be hit, but the power-hitter played the ball away from his body, eventually uprooting the stumps. Boult got his next reward by pitching the ball close to Marsh’s defence, who tried to nudge it to third-man but chopped it onto the stumps. Two in the same over.

Suddenly, McCullum sensed a collapse given the lateral movement Boult produced. He instead gave him a longer spell. This decision bore rich dividends, as what followed was meek surrender by the co-hosts. Australia’s then skipper Michael Clarke had a lapse of concentration, as he tried to come on top of a bowler, who was beaming in confidence. Clarke slapped the ball hard but was caught at shot-cover by Kane Williamson. More than Boult, it was McCullum’s sheer brilliance that forced Clarke to force a mistake. Having his fielders up, McCullum triggered a glory shot off Clarke’s blade, resulting in Australia’s downfall.

Till now, Boult had wickets in his tally, but his best was yet to come. He got a five-for by removing Mitchell Johnson and Mitchell Starc to rattle Australia for 151 all-out. He followed Johnson till the last moment, as the left-hander tried to make room but chipped it straight to shot-cover. Starc’s dismissal was class apart as, the in-swinging delivery held its line and dismantled his defence. His middle stump was rattled, as crowd were on its feet.

His inspiring spell bundled Australia for a paltry score, with New Zealand requiring 152 in 50 overs. The match was not done and dusted yet. Starc had a close look at the pitch before he went back to the pavilion. He was up for a fight, he knew. In less than 4 overs, Kiwis were on course reaching 40 for no loss. Starc ran in hard and produced a careless shot off Martin Guptill that went straight to mid-off, as Australia drew first blood.

His next two wickets were absolute jaffa. He disturbed Ross Taylor’s stumps, who went for a cross-batted shot off a length ball. Again, it swung in, and the bails were off in a flash. Grant Elliot was his next victim falling prey to another length delivery, as the batsman had left a huge gap between bat. The spectators anticipated a close finish, as Starc was breathing fire. He bowled a nasty bouncer to Luke Ronchi, who tried to get away, but the ball kissed his gloves to give a regulation catch to wicketkeeper Brad Haddin.

The equation read 6 runs off 22.2 overs with 3 wickets in hand for the Kiwis. Starc show had still not reached its conclusion, as he removed Adam Milne and Tim Southee to inject life into the game. He bowled with full pace and targetted the middle stump to sent Milne packing. The commentators expected a toe-crushing yorker with a tail-ender like Southee at the other end. Starc did not disappoint. He left Southee dumbstruck to dismiss him for 0. Black Caps still needed a maximum to get past the finishing line, but Starc’s presence made them work hard for every run.

New Zealand managed to steal a win from the jaws of defeat in a game that was ruled by two premier bowlers in the form of Boult and Starc. There were nasty bouncers, full-length deliveries targetting the pads, unplayable yorkers and ample seam movement to serve as a learning curve for aspiring bowlers.

The contest wrapped up in less than 60 overs but exhibited the significance of bowlers in the 50-over format. It presented how low-scoring games can test the temperament of batsmen, who make merry in batting-friendly conditions of modern-day cricket.

With the series opener between Australia and New Zealand only few hours away, one can expect another cracker of a contest to kick off the Chappell-Hadlee Trophy 2017 at the same venue that graced the World Cup 2015 clash. 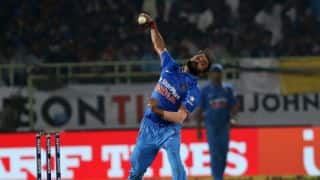 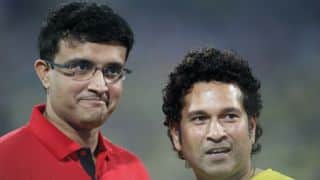