The Mudgal Report states that more Indian players were involved in spot-fixing scandal.

The Justice Mudgal report has stated that six Indian players were involved in match-fixing at some point. What is shocking is that one of them is a part of the current side. Nishad Pai Vaidya asks whether it would affect India’s Asia Cup and ICC World T20 campaigns.

Is Indian cricket bracing for its worst scandal ever? If one goes by Justice Mukul Mudgal’s report that was submitted to the Supreme Court of India on February 10, there is a bigger storm brewing for Indian cricket. The report is said to have named six Indian players, who have been involved in match-fixing at some point in time. When the names crop up on March 7, the day the report will be considered by the Supreme Court, Indian cricket will deal with its biggest shock since the scandal of 2000. In comparison to the match-fixing saga of 2000, this development would be more damaging to Indian cricket.

The year 2000 saw the exits of a few stars as they were banned for their alleged involvement in match-fixing. In the aftermath of that dark phase Indian fans believed that the game had well and truly recovered, retaining its pristine charm. There was a lot of hope and prayer for they wanted to believe that their heroes upheld the virtues of the gentleman’s game. It all looked hunky dory for over ten years until the Indian Premier League (IPL) scandals came to the fore. Though Shanthakumaran Sreesanth was arrested and later banned for his alleged role, fans still clung on to that hope that there remained a few untouched by all the corrupt malaise. Those hopes are bound to be shattered!

The more shocking aspect is the fact that one of the said players is a part of the “current” Indian side. That player featured in the ICC World Cup 2011, where a nation’s aspirations were fulfilled on the big stage. For 28 years, this country had yearned for the big prize. A single taint on that triumph will crush the hearts of all those who prayed, fasted, held on to bizarre superstitions just to “ensure” their side won. A dream would be shattered!

Moreover, the report also mentions that two former India players were named by IS Bindra, the former Board of Control for Cricket in India (BCCI) president. The report describes a  player as a “prominent” one the player of “repute.” While these terms may be a touch ambiguous for the layman, he is already hoping that it isn’t one of those who the masses looked up to for being “clean.” The Indian fan’s trust would be shattered on March 7. No longer would he believe in the existence of “a few good men.”

At the time of writing, the Indian selectors announced the Indian squads for the upcoming Asia Cup and the ICC World Twenty20 in Bangladesh. If one of the players named in the report figures in these squads, the repercussions could be severe when the names are announced on March 7. Indeed, if that player figures in the Asia Cup squad and the team qualifies for the final, their position would be in jeopardy as that game is scheduled on March 8, a day after D-day!

Furthermore, if that one has made it to the recently announced World T20 squad (the selectors, after all, are not supposed to know) India may have to withdraw him and send in a replacement. Of course, he cannot be allowed to carry on when the highest judicial authority in the country will consider his alleged roles in a scandal of humongous proportions.

There isn’t a better time to say that this is only the tip of the iceberg! 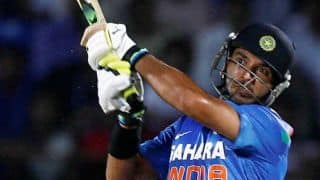 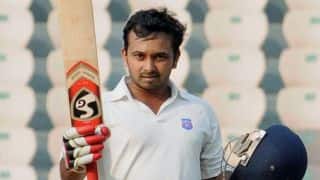