England could not clinch ICC Women’s World Cup 2013, but they had their superstars during the marquee tournament. Anya Shrubsole ended the World Cup as the second-highest wicket-taker, having picked 13 wickets from four matches at one point. Her in-swingers kept the batters cautious. A year later, Anya helped England reach the final of ICC Women’s World T20. She was once again the leading wicket-taker in the tournament. Anya’s excellence does not end there. She is a terrific fielder, and holds a degree in Psychology. On the eve of Women’s Ashes 2015, Sudatta Mukherjee spoke to the English speedster, whose in-swingers may give the Australian a hard time ahead. Anya spoke about tackling Meg Lanning, Ellyse Perry, Women’s Cricket Super League and the prankster in the England Women’s team.

CricketCountry (CC): Since the points system was introduced in The Women’s Ashes in 2013, England have won both series. What do you think worked for the team?

Anya Shrubsole (AS): We have performed really well in both the series, especially the one we played in their country. We got some really good momentum and kept it going. In Australia, we managed to win the Test that which earned England six points. That really helped us.

CC: The points system has been revised recently. Four points (instead of six) are awarded for winning the Test, and two for each of the three ODIs and three T20Is. Do you think it is fair?

AS: I think it is. Having the Test in the middle and having the change in the points system will be good. It will keep the series going stronger. Everyone knows the points system going into the series, so it is completely fair that the two teams play the best cricket across all three formats.

CC: Australia have not won The Ashes for the last two series. They will be looking to come back strong and are fired up. The likes of Ellyse Perry and Meg Lanning have been talking about it. What will be the game-plan for England?

AS: We obviously will have plans for different batters and different bowlers. We will play as it comes, taking each format as it comes, and not thinking too far ahead. We are totally focused on the first game and then each game as it comes.

CC: Australia and England have won The Women’s Ashes 10 times apiece. If England Women win it this time, you guys will go one-up after trailing 8-10. Is that on mind?

AS: No, definitely not. I don’t think anything from the past is in the mind. We are trying to make sure we win this one.

CC: Who will be your biggest threat in the series? Is there anyone you are particularly going for?

AS: We are not taking anyone in particular. However, we know that Meg is a world-class batter and she will be someone we will like to keep quiet. Ellyse is a good all-rounder. In our last tour to Australia, we struggled to get her out few times. So she is also someone to keep an eye on.

CC: You have had an amazing time for Somerset. Not only have you been taking wickets but scored an unbeaten 63. How has the overall preparation been?

AS: Preparations have been really good. I have been playing for Somerset and doing well overseas. When you are taking wickets you get a lot of confidence. Preparations are well. We are ready to get going now.

CC: You have only played three Women’s Tests till now. You are fancying your chances in the Ashes Women’s Test?

AS: Everyone has played very few Women’s Tests considering the fact that we don’t play that very often. I have only played three and have loved all of them. Hopefully I can add one more to it.

CC: What about that amazing catch against West Indies in 2012? The catch was one of the nominees for Twelfth Man Cricketing Moment of the Year. Take us through the catch.

AS: I was at mid-off. Deandra Dottin was batting. She is one of the biggest hitters in women’s cricket. Arran Brindle was bowling. It basically stuck to my right hand. I think it is more about judgement but you always take the one that comes.

AS: Earlier, there used to be only one Test in Women’s Ashes. I don’t think that worked particularly well. The new points system adds something different to it. The team that is going to win need to play well all across three formats. They cannot just play well in one format. Ideally we would like to play a little bit more Test cricket. Having said that, one-dayers and Twenty20s are marked to attract more crowd and we are more than happy to play that as well.

CC: The men’s team have won the first Test at Cardiff. The second Test is going on at Lord’s currently. What do you think are England’s chances? Do men playing the Ashes side-by-side inspire the women’s team?

AS: It certainly does. It showed in the way they played at Cardiff, They are a really strong team and are playing some really good cricket at the moment. At this moment Australia have got more runs. The women are supporting the men’s team and hopefully we will be able to back them up. It will wonderful for the men’s and women’s team to win both Ashes by the end of the summer.

CC: What are your thoughts on Women’s Cricket Super League and the decision of tournaments similar to BBL Down Under that are specifically aimed at women cricketers?

AS: Both of them are going to be really good competitions. We will see how BBL in Australia goes and then we are having the Women’s Cricket Super League. I think it *is time we invest more in women’s cricket at all levels, and not just international level, keeping it strong for years to come.

CC: Favourite cricketer in the team?

CC: Selfie Queen in the team?

CC: Prankster in the team? 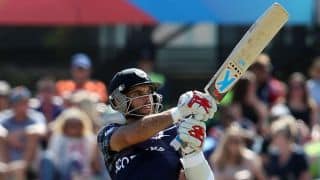 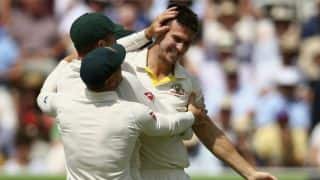