After serving a two-decade ban, South Africa returned to international cricket in 1991, and made their World Cup debut the year after. Unfortunately, the mighty Australians, hot favourites for the tournament, found South Africa too hot to handle.

After serving a two-decade ban, South Africa returned to international cricket before making their World Cup debut on February 26, 1992. Abhishek Mukherjee looks at the day when the Australians found the World Cup debutants too hot to handle at SCG.

On November 10, 1991, Eden Gardens had witnessed South Africa return from an exile that had lasted for over two decades. It was a hard-fought contest that saw Clive Rice’s team (that consisted of Kepler Wessels and ten debutants) scaring India before losing in the end. The match also saw the debut of Allan Donald — the man who would terrorise batsmen across the world for the decade that followed.

India took an unassailable 2-0 lead in the series, but South Africa won their first ODI match thanks to a blinder from Adrian Kuiper. South Africa’s entry also meant that the schedule for World Cup 1992 had to be redone. South Africa would play their first World Cup match at SCG — the ground where they had played their first (in 1910-11) and last (in 1963-64) Tests on Australian soil till then.

The 42-year old Rice had been left out of the side that included many new faces. The match witnessed the debuts of Jonty Rhodes, Hansie Cronje, and Meyrick Pringle: the first two would define cricket in the 1990s in their respective ways. Australia, on the other hand, were desperate for a win: starting the tournament as favourites, they had lost the tournament opener to New Zealand.

The match began in sensational style after Allan Border chose to bat: Donald bowled a screamer that took Geoff Marsh’s outside edge and thudded into the gloves of Dave Richardson. The edge was almost audible from the stands, but Brian Aldridge remained unmoved: it was the first ball of the match.

Thus reprieved, Marsh hung on grimly while David Boon played his strokes. Boon was eventually run out by Richard Snell after a 46-run stand, and Marsh’s vigil came to an end when he was eventually caught by Richardson off Kuiper. Then came the big blow, when Kuiper hit timber next ball, sending Border back for a duck.

Donald joined the fray, trapping Tom Moody leg-before, having Ian Healy caught at slip, and clean bowling Peter Taylor. Wickets crumbled in a heap, and though Dean Jones and Steve Waugh put up some resistance, it was eventually left to the last three men, who had to ensure Australia batted out 49 overs, finishing on 170 for 9 against some excellent pace bowling and outstanding fielding.

No Australian batsman managed to go past 27. While Donald finished with 3 for 34, Brian McMillan (2 for 35) and Kuiper (2 for 15) provided excellent support, while Snell’s 9 overs went for a mere 15. However, with Craig McDermott, Bruce Reid, and Mike Whitney to operate with the two new balls, Australia stood a fighting chance.

It was not to be: with Andrew Hudson for company, Wessels played a typically gritty innings, putting on 74 in 81 minutes. The vastly experienced Peter Kirsten joined Wessels, and though Border tried seven bowlers, they could not penetrate Wessels’ defence. Having played for Australia (alongside Border, Boon, Jones, and McDermott), he knew these men and conditions only too well. Australia were further handicapped by the absence of Healy, who had pulled a hamstring while batting as Boon kept wickets.

Kirsten played the perfect foil, remaining unbeaten on an 88-ball 49. Wessels finished on a 148-ball 81 and South Africa won comfortably by 9 wickets with 13 balls to spare. They had started their World Cup mission with an emphatic victory. In a magnanimous gesture, Border, along with several teammates, hugged Wessels as he and Kirsten left the field.

– When they reached the dressing-room, the South Africans found congratulatory messages from President FW de Klerk and Nelson Mandela, then leader of African National Congress.

– Australia were knocked out in the league stage.

– South Africa made it to the semi-final, only to be beaten by England.

Man of the match: Kepler Wessels. 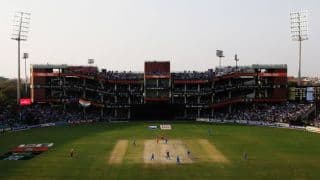 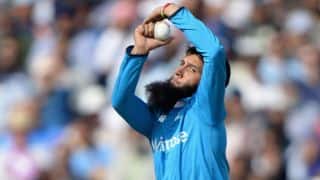