Akmal has been fined after breaking team curfew ahead of the fifth and final ODl against Australia.

With three weeks to go for boards to submit their final squads of 15 for the 2019 ICC Cricket World Cup, Pakistan batsman Umar Akmal may have used up his last chance at earning selection for this summer’s showpiece event.

On Sunday, Akmal was fined 20 per cent of his match fee and given an official reprimand after breaking team curfew ahead of the fifth ODI between Pakistan and Australia in Dubai.

The Pakistan Cricket Board confirmed the sanction on Umar, who last month was recalled to Pakistan’s squad for the first time since he was sent home from the 2017 Champions Trophy for failing to pass a fitness test. (READ: PCB unperturbed after Australia inflict series whitewash on Pakistan)

This is the latest in a series of transgressions for which the PCB has taken action against Akmal during the decade he has been in and out of the team.

In 2o10, a year into his first season of international cricket, Akmal was alleged to have feigned an injury in an attempt to skip a Test in protest of his brother Kamran’s axing. The PCB fined him and put him on probation for six months.

In 2014, Akmal was jailed for beating a traffic warden after he was pulled over for rash driving.

Following the 2015 World Cup, Akmal was dropped from Pakistan s ODI squad with then head coach Waqar Younis citing a lack of discipline and an instant of the batsman failing to obey orders from the captain and coach.

In November 2015, Akmal was excluded from Pakistan s T20 squad to play England on disciplinary grounds following an alleged incident involving the mistreatment of women when away playing a first-class match. During his departmental side s match in Hyderabad, Akmal attended a private party with friends, which was raided by the local police.

He was subsequently issued a show cause notice requiring him to appear before the selectors, and was cleared by an PCB inquiry on the basis of a police report that claimed Akmal was not recognisable at the party.

In Ma7 2017, Umar and fast bowler Junaid Khan were fined by the PCB after they clashed when the latter missed a Pakistan Cup match due to health-related problems.

In June 2017, Akmal hit out at Pakistan coach Mickey Arthur after he failed a fitness test. 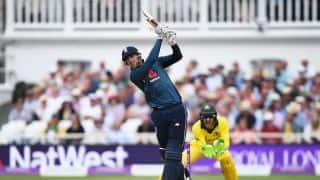