India are all set to clash against Pakistan in Match No.19 of T20 World Cup 2016 on Saturday at Eden Gardens, Kolkata

India will be up against Pakistan in their second match of the T20 World Cup 2016 on Saturday and will have a lot to prove when they face spin bowling. They lost 9 wickets to spin in their last game against the Black Caps. They used to say Indians are good players of spin bowling. Well, at least they were few years back. That might not be the case, after watching India’s performance against New Zealand, or maybe after analysing the stats, or maybe when all the fingers are pointed towards them. But there is someone in the Indian side who is not only among one of the best players of spin bowling for India but also among the World’s best cricketers when it comes to facing spinners. LIVE CRICKET SCORECARD: India vs Pakistan, T20 World Cup 2016, Match 19 at Eden Gardens, Kolkata

Yes, you guessed it right, MS Dhoni, the Indian T20 and ODI captain. After India’s humiliating loss to New Zealand in the first match of T20 World Cup 2016 Super-10 stage, when the Indian side was completely outwitted by tactical changes made by the Kiwi side, a simple question that has again and again bothered the media and the curious fans is – Why doesn’t Dhoni bat up the order when the ball is turning? India struggled against spin on a turner in Nagpur. It was not the first time India had collapsed like a pack of cards. It has happened in Tests, in ODI’s and in T20Is too. READ: India vs Pakistan, T20 World Cup 2016 at Eden Gardens, Kolkata: Key Battles

So what was the reason behind India failing to perform against conditions that they are well-versed with. There were three reasons – first, a few soft dismissals that Dhoni correctly pointed out in the post-match presentation, second- poor shot selection from some experienced players in the side and third,adaptability. The game against New Zealand spun in the favor of the Kiwis as soon as India lost the first two wickets. And there are two aspects that are common between high pressure games and pitches that turn. Both require ‘patience’ and ‘adaptability’ of a batsman to be tested.

Dhoni, an excellent player of spin bowling came out to bat in the 5th over when the score read 26-4. Although, it was too early for Dhoni, who plays the role of a finisher in the side, to come in. It was after India had lost Shikhar Dhawan, Rohit Sharma, Suresh Raina and Yuvraj Singh. Taking nothing away from the potentials of Raina and Yuvraj, it is a fact that Dhoni is a much better player of spin bowling. And not only that. Dhoni approaches a chase with ‘patience’ and ‘adapts’ to situations very well. Maybe Dhoni missed a trick and didn’t promote himself up the order or he had faith in the abilities of his team-mates or maybe he didn’t want to alter the batting line-up too much, that too in the first match of the World T20.

It could be any reason. It wasn’t Dhoni’s fault to not come up. Dhoni was the highest scorer for India in the match and was running out of partners from the other end too. He tried his best, but eventually the run rate kept soaring and he lost his wicket taking a risk. But maybe if he would have come up the order above Raina and Yuvraj and put up a decent stand with Kohli at the crease, the lower-order could then have taken it from there. It is not about the maybes and the what ifs. READ: Virat Kohli vs Mohammad Aamer: Batman vs Superman in India vs Pakistan T20 World Cup 2016

Dhoni who has come up the order numerous times in his career to tackle spin and more often in pressure games, like he did in the World Cup Final in 2011 against Sri Lanka, might be an ugly batsman to watch and might not have a technical approach towards batting but the truth is playing spin, is Dhoni’s cup of tea. No wonder Gary Kirsten, India’s former Coach, while talking to school cricketers in the year 2013 once said – “Watch MS Dhoni’s batting carefully. How he gets behind the ball when he plays spinners. Apart from stepping out for hitting sixes, he always takes spinners on the back foot. He always gets low while defending or attacking. There are many good players of spin bowling in India but he is one of premier players.” Kirsten’s words cannot be wrong. Dhoni loves facing spin.

The match against New Zealand is now past. What lies ahead of India is a mountain to climb in terms of hopes of millions of fans and the challenges to overcome in the T20 World Cup 2016. One can just hope Dhoni promotes himself up the batting-order and takes up the responsibility to finish the game whether they play Pakistan or Australia or Bangladesh, for India needs its best man to do that job. 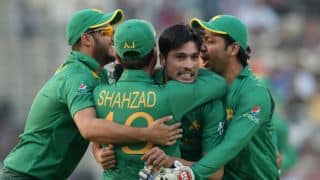 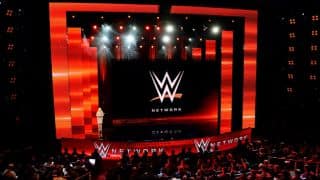