Shruti Chopra dwells into her tarot cards to see what lies ahead in the first semi-final of the ICC T20 World Cup game between Sri Lanka vs Pakistan on Thursday. 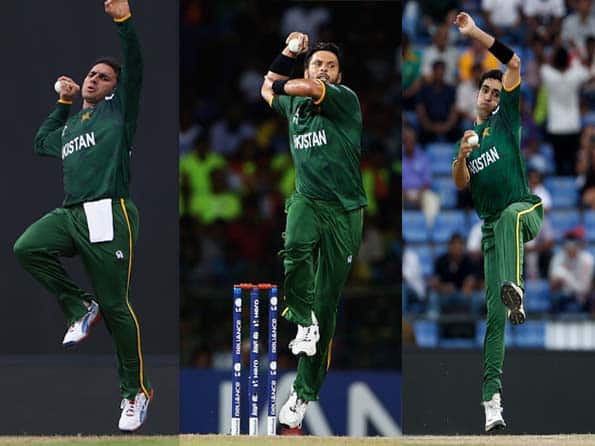 Shruti Chopra dwells into her tarot cards to see what lies ahead in the first semi-final of the ICC T20 World Cup game between Sri Lanka vs Pakistan on Thursday.

Sri Lanka are looking a little anxious. The Strength card and the Ten of Pentacles are suggestive of their strong mindset and desire to over control the game. They wish to grab on to things faster than possible, which will add to their nervousness. Their team work will be strong, but they will need to be more adaptable to see equally rewarding results. They will bat well, but as advised by the Hanged Man, they should be careful of not leaving things too late and look to attack the opposition early.

Mahela Jayawardene will have weak captaincy moments, but with the Five of Pentacles drawn, he should be careful of not stifling his natural abilities. He will enjoy the positives of strong team support, which will help him balance out his own negativities. The Devil card shows the temptation for Jayawardene to play an attacking innings, but his anxiousness will refrain him from doing so. Instead, despite the early issues, he will build a stable innings.

Kumar Sangakkara will have a bright and positive start. His nervousness will also be evident, but as reassured by the Four of Cups he has learnt from the past and will not want to miss out on this opportunity.

Tillakaratne Dilshan will strike it well and will play an aggressive innings. The Six and Knight of Wands indicates that he will show immense joy in playing for his country and will bat selflessly.

Ajantha Mendis is like the Ace of Swords he will plan and implement all his experiences well.

Lasith Malinga will come in and attack, but this will not be with match planning. The Knight of Swords explains this waywardness, but it will reward him.

Akila Dananjaya will let himself go and bowl freely. This freedom will mean more variations and further ability to deceive the opposition. The Magician card shows him playing smartly.

Interestingly, Pakistan are not looking to be overly aggressive. Instead they will play this match keeping their strengths in mind. The King of Swords and the Star card are great positives, especially as it shows them coming into this game with the right plans and the right attitude. They are looking to build their performance steadily. They will need to be careful of appearing to soft on the opposition as cards like the Queen of Cups reveal an unusually quiet approach.

With the High Priestess card drawn, Mohammad Hafeez will bring out unseen aspects of himself. His captaincy will appear more confident and he will remain on top of his responsibilities. Hafeez will need to be careful of not being over aggressive in the initial stages of his innings. He will be able to hold on and capitalise on good run scoring opportunities represented by theQueen of Pentacles.

Kamran Akmal will play as if there is so much going on in his mind. The Eight of Wands represents this over activity, which will allow him to play aggressively, but if he settles himself quickly, he will play a good innings.

Imran Nazir has drawn the Lovers and the Ace of Pentacles, which show him being part of a good partnership which will not be without risks. Slowing down will allow him to play a stronger innings.

Saeed Ajmal will initially have a soft approach only to grow in confidence and be on target.

Shahid Afridi will be over aggressive and will play as if he has a point to prove. The Five of Pentacles suggests him being economical with the ball.

Umar Gul will be adaptable in whatever is required of him. The Queen of Wands and the Magician are indicative of this quality which will also bring him success.

Video: Watch the preview of the first semi-final clash between Sri Lanka and Pakistan