Shruti Chopra dwells into her tarot cards to see what lies ahead in the England vs Sri Lanka ICC T20 World Cup game on Monday. Shruti Chopra dwells into her tarot cards to see what lies ahead in the England vs Sri Lanka ICC T20 World Cup game on Monday.

England will need to refrain from getting carried away with too many ideas, as they are looking to capitalise on this opportunity. With the Ace & Queen of Wands they will know how to do just that. They will appear balanced in all areas, especially with their fielding which they will step up and will support the bowling well. Their aggression will be well directed and will enjoy the challenge. As explained by theFive of Wands, they will not shy away from fighting the strength of Sri Lanka.

Stuart Broad should step up his energy towards his captaincy as the Two of Swordsand the Tower card shows him feeling weak in tough situations. The team will be understanding of this and will be in sync. Broad’s bowling will start off well, but the pressure will trouble him and will not be as successful as expected.

Luke Wright will have good control over his innings and will allow himself to play his natural game. The Knight of Cups indicates the importance of his stable game play.

Eoin Morgan is represented as the Nine of Pentacles with a free flowing and confident innings.

Alex Hales will be the cause of his own problems. He will need to be careful of restricting his natural ability as it will undo the positivity of the attacking Ace of Wands.

Steven Finn will bowl with some balance, but he will be expensive.

Tim Bresnan will do well with the bat, whereas he won’t be economical with the ball. He will need to overcome his troubles fast as the King of Pentacles shows great potential.

Sri Lanka will appear two toned aggressive, hard working, yet confused. The aggression, stemming from the Five of Wands, will not be as well directed as expected. Shakiness and uncertainty can trouble them with their fielding and the initial part of their bowling. This is where the Eight of Pentacles will help them apply themselves to play a competitive game.

Kumar Sangakkara will have a poor start, yet he also has the Ace of Pentacles representing him to push through this phase to find some stability in his innings.

Mahela Jayawardene is ready to take on the challenge. The Chariot shows his desire to charge at the opposition and lead the team head on. After an uncertain start, he will play a smart innings and enjoy its rewards, as guided by the balanced Hierophant.

Tillakaratne Dilshan will be active and enjoy being on top of his game. He should be warned of over aggression, but he will find it hard to control his energy.

Anjantha Mendis has some clever ideas and will implement them well, through which the Hermit and Judgement card show success.

Lasith Malinga will be wayward and have a tough day. The Hanged Man is indicative of a delay in attack he will need to be more proactive.

Nuwan Kulasekara will start off like the Star inspired, but this will not last and he will falter. 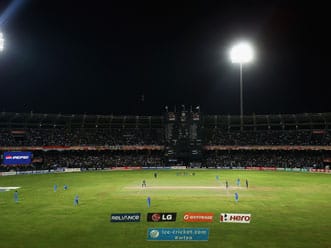