Saha has been in and out of the Indian Test team since 2010, but MS Dhoni s retirement from Tests in December 2014 has helped him cement a place.

Born, October 24, 1984, Wriddhiman Prasanta Saha is the current Indian wicketkeeper in Tests. Saha has been in and out of the Indian Test team since 2010, but MS Dhoni s retirement from the format in December 2014 has helped him cement a place. On the occasion of his 32nd birthday, Abhishek Kumar lists 11 lesser-known facts about him.

2. F1 driver: Interestingly, cricket was never Saha s first choice. He always wanted to be an F1 driver but due to financial problems, he had to give up his first dream and now PlayStation makes up for unfulfilled desire.

3. Gave up studies for cricket: During his college days, Saha after appearing for Part 1 exam of his graduation, decided to give up studies to concentrate more on cricket.

4. Father: His father Prasanta has played both football and cricket in Siliguri leagues but due to financial problems, he could not continue with his sporting career. His only earning comes from a job in West Bengal Electricity Board through which he feeds his family.

5. Role model: Saha s father Prasanta is his inspiration and role model. His father is supportive towards Saha. Not only Prasanta, also his mother Maitrayee supported him when he decided to give up studies for cricket.

6. How Saha met his dream girl: There is very interesting story behind his marriage. He met his wife Debarati through Orkut, and got married in 2011 after a relationship of four years. Saha kept his wedding ceremony private with only 200 people invited.

7. Best friend and lucky Mascot: Saha s best friend is his elder brother Anirban, who is an engineer by profession and has been very supportive towards him. Coming to his lucky mascot of course it s his daughter Anvi.

8. Puran Dhaka: It s the name of a food joint being run by Saha s wife Debarati along with business associates.

9. The wait: Saha had to struggle every time when it came to selection, whether at state level or national. He had to wait for Deep Dasgupta to make way for him for Bengal and then for Dhoni to step aside from Tests.

10. Only player to score century in Indian Premier League (IPL) final: In the 2014 IPL final match against Kolkata Knight Riders (KKR), Saha plundered 115 runs off just 55 balls including 10 boundaries and 8 sixes. With this he became the only player to score a hundred in the final of IPL.

11. No. 1 stumper in Tests: In past one year or so, Saha has established himself as the No. 1 keeper for Team India in Tests, leaving behind the likes of Naman Ojha, Parthiv Patel and Dinesh Karthik in the race. His two half-centuries against Sri Lanka in Sri Lanka in 2015, hundred against West Indies in Gros Islet earlier in 2016 and the twin half-centuries against New Zealand in his hometown Kolkata during the recently concluded series have enhanced his reputation. The effort in Kolkata also earned him the Man-of-the-Match award, thus underlining his growing stature in Test cricket.

12. What Dhoni couldn’t but Saha could: Rated as one of the safest hands behind the stumps, recently Sourav Ganguly called Saha a better wicketkeeper technically than Dhoni. Saha, despite not being highly rated for his batting, has 3 Test centuries to his name. His first hundred came at West Indies. Dhoni in contrast has 6 tons but none outside the subcontinent. 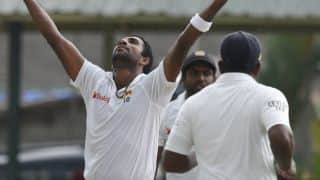 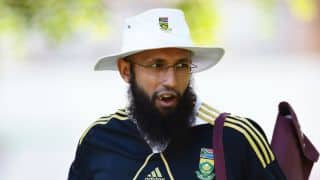