Yasir Arafat, born on March 12, 1982 was a bright prospect for Pakistan. But the host of pacers produced by the country saw his international career go adrift. Abhijit Banare looks at the Rawalpindi all-rounder who went onto make a mark in Twenty20 leagues around the world.

If the Pakistan Cricket Board (PCB) had kept a tab on the number of talented players who fell by the wayside — that figure would outnumber those who went onto succeed. Yasir Arafat is one of those many who were smart enough to restructure their career, realising that just hanging around won’t serve any purpose. Arafat is growing old in an era where, some believe, there’s a lot more to cricket than just playing for the country. With rise of T20 leagues around the world, a lot of players have become freelancers, travelling around the world to hone their skills. Chris Gayle made it popular when he was out of the West Indies team by playing in T20 leagues. Arafat is a perfect T20 candidate with his all-round skills. He has played for as many as 13 teams.

Two years after he made his First-Class debut, Arafat made it to the Pakistan side. Playing against Sri Lanka at Karachi, Arafat picked up the wicket of Sanath Jayasuriya. However, Arafat was nowhere close to being a Test prospect for Pakistan. While he continued with county cricket in the 2000s, the spate of injuries to key players in 2006-07 paved the way for a Test cap for Arafat. Until then, Arafat had played eight One-Day Internationals (ODIs) and a few T20s, with little success.

It was a time where Pakistan dug deep searching for pace reserves. Even Mohammad Sami made a comeback into the international scene then. Arafat made his Test debut against India when Pakistan toured in 2007. He picked a five-for in the first innings of the third Test of the series at Bangalore. It was a match which brought out brilliance from two fine Indian left-handers. Arafat ran through the famed batting line-up removing Wasim Jaffer, Rahul Dravid and VVS Laxman cheaply. But Sourav Ganguly and Yuvraj Singh crushed the bowlers with fighting knocks. Arafat ended the innings with five for 161. He made his T20 debut against Bangladesh in September 2007.

Arafat has a side-on bowling action, which faintly matches with Waqar Younis. His ability to generate swing and bowl the full length deliveries enhanced his reputation. He was a bit erratic in the international scene for Pakistan which made his chance of playing more games for Pakistan difficult. With only 13 T20Is, 11 ODIs and three Tests in a span of nine years, Arafat’s Pakistan career just didn’t click.

Arafat’s first moment of glory was picking a split hat-trick in 2004. It came in a bizarre manner. Arafat bagged four wickets in a space of five deliveries against Faisalabad in 2004. He bagged the wickets of Imran Khalid and Kamran Naeem in successive deliveries only to squander the hat-trick opportunity with a no-ball! And in the same over, he cleaned up Ali Raza and Shahid Nazir (pacer in the Pakistan team then) in consecutive deliveries. It was a long wait since then as Faisalabad were bowled out with Nazir’s wicket. Rawalpindi then piled on the runs and when they came out to bowl, Arafat was used as the first change bowler. As fate had it in store for him, Mohammad Hafeez was out leg-before off the first ball to give Arafat his sixth wicket in a space of six deliveries. It is probably one of the quickest five-wicket hauls. However, ironically, longest in terms of the duration it took to be completed across two innings.

As mentioned in the book Bat, Balls and Bails, three other bowlers have recorded that feat before: Bill Copson while playing for Derbyshire achieved such a feat against Warwickshire in 1937, WA Henderson for North East Transvaal against Orange Free State in 1937-38 and Pat Pocock against Essex, representing Surrey in 1972.

Arafat started off with Sussex in 2006 and moved to Kent a year later. He signed up with Surrey in 2011. Arafat lost his way in the international scene for Pakistan since his Test debut with the likes of Umar Gul, Mohammed Aamer, Junaid Khan but with his county experience, Arafat started off plying his trade in the T20s. With his county experience and skill, securing a T20 berth was not a big task. He went on to play T20s for Lancashire in 2012 and Somerset in 2013. Among other teams, he played for Otago and Canterbury in New Zealand, and Dolphins in South Africa. He played alongside Chris Gayle for Barisal Burners in the Bangladesh Premier League (BPL). The last one was signing up for Perth Scorchers.

By now, Arafat is one of the most well-known players in the T20 circuit. He was signed up by Perth Scorchers for the 2013-14 edition of the Big Bash League (BBL). One of his memorable outings for Arafat came against Sydney Sixers where he bowled the Super Over, conceding just a single run. Arafat picked six wickets in the match, overall. Chasing a target of 154, the Sydney Sixers faltered but dragged themselves to 153 thanks to a 65 from skipper Steve Smith. In the Super Over, Arafat removed Smith and Moises Henriques to crush the opponent. At the end of it, Arafat was undoubtedly declared Man of the Match for his overall effort.

Arafat is now a leading all-rounder, as he is the top wicket-taker in the English T20 competition and with BBL, he has made his entry into Australian domestic scene as well. One country that Arafat will not play in is India. 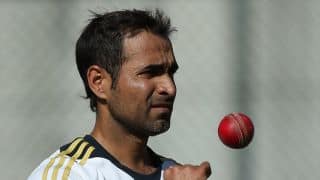 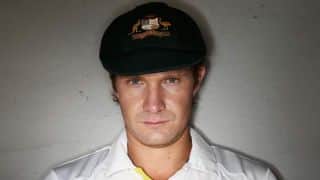 Australia's current squad is best ever in their T20 history, says Shane Watson