The resemblance between Yasir and Messi is spectacular.

Yasir Shah is a 28-year-old Pakistani leg-spinner who made his Test debut last month nine years after his maiden First-Class appearance against Australia in Dubai. And in just three Tests, he has already created a fine impression taking 16 wickets. And no less an authority on leg-spin than the legendary Shane Warne said of his bowling: “Warne said: “I like the look of this leggie Yasir Shah, plenty of energy and nice variations of pace.”

Lionel Messi is arguably the best soccer player in the world and many rate him the greatest ever in the history of the sport. Messi is the first football player in history to win four FIFA/Ballons d’Or, the first to win three European Golden Shoe awards. With FC Barcelona, Messi has won six La Ligas, two Copas del Rey, six Supercopas de Espa a, three UEFA Champions Leagues, two UEFA Super Cups and two Club World Cups. A hugely popular player worldwide, his Facebook page had more than six million followers within a few hours of its launch in April 2011. Two years later, Messi became the second sportsperson, after Cristiano Ronaldo, to amass over 50 million followers.

The resemblance between Yasir and Messi is spectacular. In fact, an immigration officer at an airport recently asked Yasir why he had Lionel Messi’s photograph on his passport. 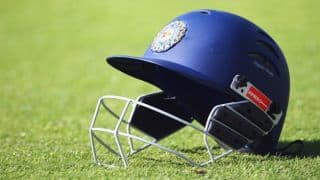