The year 2017 was a mixture of historic victories, emotional retirements, return of international cricket in a cricket-crazy nation and some partnerships were relived.

2017 was an amalgamation of historic victories and emotional retirements. There was also the return of international cricket to a cricket-crazy nation. And then, MS Dhoni and Yuvraj Singh took us down memory lane, stitching a remarkable partnership against England.

Let us relive some of the iconic moments that entertained us in 2017.

It was the third and final Test against West Indies. The series was levelled 1-1. For a change, the focus was not on the result of the series. It was rather an emotional moment, for an era was coming to an end. Misbah-ul-Haq and Younis Khan were seen together at the crease for the final time.

Younis embraced Misbah, leaving cricket fans with heavy hearts and memories to cherish. While Pakistan were bidding adieu to their kaptaan Misbah and Younis, Twitter had its own trend running #MisYou: it ran all day and the next as well.

There was some excitement, some anxiety. People queued for long hours outside Gaddafi Stadium. International cricket returned to Pakistan after 8 years and their team won the three-T20I series against World XI.

The World XI squad had players participating from Australia, South Africa, Sri Lanka, West Indies, England and New Zealand. However, not a single Indian player was included in the XI, disappointing the Pakistan fans. Since the Sri Lankan team were attacked by 12 gunmen in Lahore in 2009, none of the international team had visited the country. Yet, the fans ensured Dhoni and Kohli were not missed on this historic day.

Despite being downed by terrorism, Afghanistan have been doing their best. After gaining an ODI status in 2009, Afghanistan s growth has been in an upward surge. Things got sweeter in 2017: along with Ireland, ICC gifted them Test status.

The enormity of the news overwhelmed both teams. Ireland will play their maiden Test against Pakistan in May, while India are likely to host Afghanistan.

Dhoni and Yuvraj rolled back the years when the duo put up 256 runs together, smashing scintillating centuries against England early this year. While records were broken, Cuttack was thoroughly entertained as they relived the partnership that had been rescuing India on several occasions, be it the unbeaten 54-run stand during 2011 World Cup final or the 148-run stand against Australia in the third ODI in 2009 and many more.

It was in 2001 when Zimbabwe won an away ODI bilateral series against a Full Member in Bangladesh. After 16 years, Zimbabwe defeated Sri Lanka 3-2 in ODIs in Sri Lanka. The results, however, forced Angelo Mathews to resign as captain of Sri Lanka from all formats. This was Sri Lanka s third winless ODI series at home (after Australia and Bangladesh).

West Indies took 17 years to earn Test victory in England (the last one had come in 2000 at Edgbaston). Shai Hope s twin centuries stole the show and became the first batsman to score centuries in both innings of a First-Class match in Headingley. He handed West Indies a 5-wicket win over England in the second Test. Chasing 322, Hope and Kraigg Brathwaite joined hands to level the three-match Test series. Around the same time, Bangladesh had stunned Australia with their maiden Test win against tourists.

Since the 2009 Lahore attack, Pakistan had won five Test series and drawn four in UAE, their home away from home. Sri Lanka, however, changed the equation with a historic series win in October. Being their first day-night Test, Sri Lanka whitewashed Pakistan 2-0 and became the first team to win a Test series in UAE. Dimuth Karunarathne’s career-best 196 and Dilruwan Perera’s 8 for 170 were the highlights from Sri Lanka s 68-run win.

Am era came to an end when Nehra-ji called it quits. Nehra had decided that he wanted to hang his boots at his home ground Feroz Shah Kotla. The stadium was packed. To add more the extravaganza, Kohli decided to give the last over to Nehra, against New Zealand. Kohli persuaded the crowd to cheer for Nehra for one last time. Nehra, of course, bowled from the Ashish Nehra end.

He went wicketless, but the ceremonious farewell saw the Indian team taking a farewell lap. Kohli and Dhawan carried him on their shoulders.

Always a pleasure playing against you

Thank you to you and the entire Indian team for a wonderful farewell gift @imVkohli. Respect superstar, hope to see you soon pic.twitter.com/DGz8aMs1Xv

These were the exact words Kohli had tweeted while bidding farewell to Shahid Afridi. On Afridi s retirement, the Indian team gave Lala a memorable gift. 1 s jersey No. 18 had signatures and farewell messages from the entire Indian team. Afridi was overwhelmed in return.

Women s cricket soared to new level after the India Women reached the final of 2017 World Cup. Several Indian players emerged as match-winners during the tournament. However, there was one who redefined women s cricket altogether. Harmanpreet had left Adam Gilchrist in awe during her first WBBL stint with a stunning six. Her skills were tested under pressure against South Africa Women in 2017 World Cup Qualifiers. On July 20, 2017, she broke all odds. Harmanpreet ripped apart Australia Women bowlers in the World Cup semi-final. Her 115-ball 171 had the world under feet.

While Smriti Mandhana was busy weaving a terrific innings, Mithali was nonchalantly reading The Essential Rumi sitting at the boundary line. Once Mandhana was dismissed, Mithali came and conquered. She scored a 73-ball 71 taking India s score to 281 against England during 2017 Women’s World Cup. 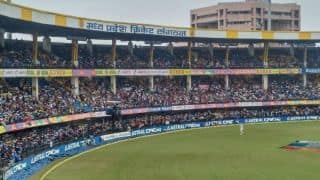 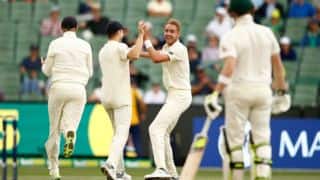