Here are the 22 ultimate quotes from cricketers in 2015.

MS Dhoni clearly beats every single person in the cricket fraternity when it comes to making comments in the media. He has easily been the soft target of the Indian media and after being through the ups and downs in his career, the Indian limited-overs skipper has learnt how to deal with the journalists. Some of his comments either leave the press annoyed with frustration or at times even the journalists can’t help but eventually break down laughing at his statements. There is another cricketer whose comments are very amusing — New Zealand’s Jimmy Neesham. However, the Black Caps’ cricketer chooses to interact more over the social media than giving interviews. Here are the 22 ultimate quotes from cricketers in 2015:

1. From early in his career, Usain Bolt had been running around the ground trying to catch the sixes hit by Chris Gayle- MS Dhoni, on why Usain Bolt is the fastest man on the planet.

2. Chris Gayle cleared that he is not bothered by his previous, less-than-stellar performances in the Big Bash League.

3. Jimmy Neesham on his axing from the ICC World Cup 2015 and a broken pair of flip-flops.

4. MS Dhoni’s reply when media asked him if Associates should play the next ICC World Cup 2019.

5. Hashim Amla, when he became the fastest man to 20 One-Day Internationals (ODIs) hundreds, suggested that batting is easier for these two.

6. Angelo Mathews tried to convince Kumar Sangakkara to stay on after the ICC Cricket World Cup 2015.

7. Virat Kohli got emotional while talking about life in the Indian dressing room after MS Dhoni’s Test retirement.

8. Sreesanth, after a trial court in Delhi acquitted him in the IPL 2013 spot-fixing case.

9. MS Dhoni once again taunted the media when asked if India were going to be prepared to face Australia in the semi-final.

10. Ashish Nehra, after he was asked why he has not heard from India’s selectors in years. However, he made a surprise comeback for the upcoming Australia tour for the Twenty20 International (T20I) series.

11. Dale Steyn when there were many discussions on his headband and new hairstyle, shortly after picking up his 400th Test wicket.

12. MS Dhoni summed up India’s four-month long stay in Australia that had begun from November 2014.

13. Kumar Sangakkara on whether his last few innings had been emotional like Don Bradman’s. The Sri Lankan legend retired from all formats of cricket in August 2015.

15. Virender Sehwag after he announced retirement from all forms of cricket in October 2015.

16. Rahul Dravid in one of the recent interviews.

17. MS Dhoni, when asked what went wrong after India lost the opening T20I of the three-match T20I series against South Africa in November 2015.

18. Shreyas Iyer who was the emerging player of IPL 2015 said in recent interviews during the group stages of Ranji Trophy 2015-16.

19. Dale Steyn on Grant Elliot’s gesture during the ICC World Cup 2015 when the latter consoled a broken Steyn after South Africa knocked out from the mega event.

20. Virat Kohli on what has changed since he became India’s Test captain in January 2015.

21. AB de Villiers on what motivates Morne Morkel for get going during a match.

22. Mashrafe Mortaza congratulated Shakib Al Hasan on the birth of his first child in November 2015. 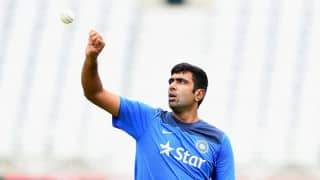