Younis overhauled Tendulkar’s tally of 1995 runs when he reached 11 in the second innings.

Younis Khan became the leading run-scorer in Test cricket against Sri Lanka during the second innings at Galle. Younis has thus gone past Sachin Tendulkar’s tally and has 1998 runs at the end of the first Test. Bharath Seervi analyses Younis’ new record and other statistics.

Younis Khan overhauled Sachin Tendulkar’s tally of 1995 runs to become the most successful Test batsman against Sri Lanka. Younis achieved the milestone when he reached a personal score of 11 in the second innings of the first Test at Galle. In the first innings, he had scored 177 runs. This was Younis Khan’s 25th Test match against Sri Lanka and he reached the landmark in 41 innings. He has now scored 1998 runs in the 41 innings at an average of 52.57 which includes seven centuries and six half-centuries, with a highest score of 313.

Most runs against Sri Lanka in Test Cricket (1000 or more)

Among the batsmen with 1000-plus runs against Sri Lanka, Brian Lara has the highest average against them. He has an average of 86.53 in 14 innings, during which he scored 1125 runs with five centuries and two fifties.

Younis’ aggregate against Sri Lanka is his highest against any test team. The only other team against which he has aggregated over 1000 runs in Test Cricket is against India — 1321 runs in 17 innings at 88.06. The lowest average against any team for Younis is 31.83 against Australia. The table below lists Younis’ record against each team in Test cricket.

Younis has scored a century against each of the test playing nations except Australia. He has an average of over 50 against Bangladesh, India, New Zealand, Sri Lanka and Zimbabwe. With Younis becoming leading run-getter against Sri Lanka, let us see the top two players with highest aggregates against the other Test teams.

Most runs against each test team (top 2) 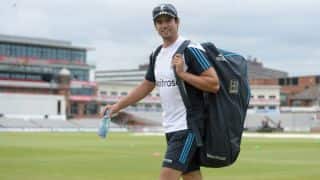