YouTube, the video sharing website of Google, has announced a new category of videos — Tragedy. It has been launched in contrast to the existing "Comedy" category, where many users had been uploading video clips of the Indian innings in Australia. 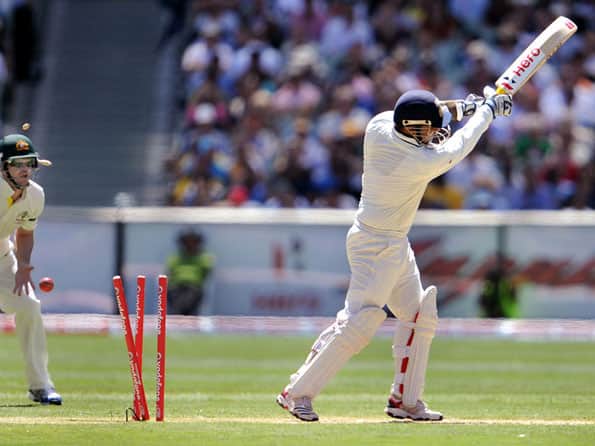 Such scenes elicited mixed reactions from most Indian fans, with some of them having started finding them funny, even though there was no longer any element of surprise in it © AFP

YouTube, the video sharing website of Google, has announced a new category of videos – Tragedy. It has been launched in contrast to the existing “Comedy” category, where many users had been uploading video clips of the Indian innings in Australia.

The content team of YouTube, consisting mostly of American citizens, failed to see any humor in Indian batsmen getting out one after another. However, after seeing the scorecard, they concluded that the scenes were tragic in nature.

“We Googled a bit about cricket and from whatever we could understand, Indian team was playing horribly in Australia,” Benjamin William, YouTube’s content services head told Faking News, “We tried to understand why the users were not uploading the clips in the ‘Sports’ section, and we concluded that perhaps the users thought that the game was too one-sided to be categorised so.”

Realising that “Comedy” or “Sports” were not the suitable categories, the content team started discussions to find an appropriate category. Among the existing categories, “Travel & Events” appeared the closest where the clips from the Australian tour, and from the earlier England tour, could be uploaded. However, the user comments left on the clips suggested otherwise.

“There were no comments left by the users that appreciated the hosts or their hospitality, as is usually the case with travel videos,” William informed. He said that there were only comments like “why the hell did I wake up early today”, “this still hurts”, and “I hadn’t felt so bad even when my dog pissed on my pizza”.

Having failed to find a fitting category, William and his team decided to introduce a new category named “Tragedy” and move all the video clips of the Indian innings from the Australian and English tours there. YouTube team believes that the category will remain relevant for the coming weeks.

“When cricket is not happening, people can upload video clips of parliament proceedings or movie clips,” an Indian member of the YouTube content team said, “Or people can upload their personal videos like their wedding or their college mark-sheets.”

(Rahul Roushan, is a graduate from IIM Ahmedabad, who goes by the name of “Pagal Patrakar” (that’s “Crazy Journalist” in Hindi). Rahul says for him, “satire is an attempt to point out shortcomings or oddities in our society, ideally with a message and intent for betterment, in a non-hostile manner and without sounding overtly accusative or pontificating.” He is the Managing Editor of www.fakingnews.com from where the above article has been sourced with permission)
First Published on
Last updated on January 14, 2012 8:50 AM IST
TOPICS:
Australia India England cricket humour USA Faking News Rahul Roushan Aus vs Ind Perth Google+ WACA YouTube

Team India looks like an ascetic in a topless bar - complete misfit!