Tarot reader Shruti Chopra looks into her cards to give CricketCountry.com readers exclusive insights into what lies ahead in the IPL matches. In the below piece, she dwells into the Deccan Chargers vs Kolkata Knight Riders game - the second of the two IPL matches on Sunday. 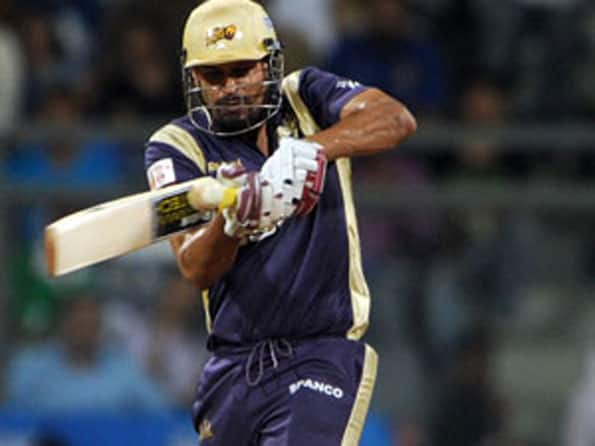 Tarot reader Shruti Chopra looks into her cards to give CricketCountry.com readers exclusive insights into what lies ahead in the IPL matches. In the below piece, she dwells into the Deccan Chargers vs Kolkata Knight Riders game – the second of the two IPL matches on Sunday.

The Deccan Chargers may start off too complacent. They have the World card representing their ability to change things around for them today. But despite a strong team management and good planning, they may not be able to implement them with such ease. Their flaws might be too evident. The positive is their ability to adapt and pull themselves out through a better, all round performance, especially in their fielding.

Kumar Sangakkara will seem quite misdirected in his batting. He should be able to grab on to easy opportunities and steady himself like the Knight of Pentacles. As a captain, he will need to be more positive and would need to work hard in motivating his team.

Dale Steyn will be hard to get away. His bowling will be well directed.

JP Duminy will have the ability to change a lot for his team today. After initial stability in his batting, he – like the Knight of Swords – won’t be able to sustain this.

Amit Mishra will have a good day. He may prove to be an important player and may factor into the result of the match.

Parthiv Patel may have a shaky start, but the Nine of Cups reassures his ability to play a more stable game.

Shikhar Dhawan will be attacking, aggressive and dominant. He will be able to bring out his potential and showcase it.

Daniel Christian will be itching to make runs, and may play an important role in doing so.

Bharat Chipli is coming across as an intelligent batsman, and will show this today. He will be calculative and balanced. He will be able to provide crucial strength to the batting line up.

The team management of the Kolkata Knight Riders are playing a major role in providing the right type of support and guidance. The Knight Riders will have the potential to change their inconsistency, but this won’t come so easily. In this match, they will first build stability but may not be able to hold on to it and will need to dig themselves out. They should be careful of not leaving too much to the end. With the World card supporting them, they should come out strongly.

Gautam Gambhir will need to take the attack to the opposition. With the Hanged Man in his cards, he may leave things too long. He will need to be better planned in his batting approach if he wishes to succeed today. As a captain, after initial uncertainties and confusions, he will be more pro-active.

Jacques Kallis will work hard to make his runs. It may not come too easily for him.

Brett Lee will feel fresh with energy and with strong plans. The Six of Wands supports him in achieving important successes for the team. He will prove to be quite important for KKR.

Lakshmipathy Balaji will implement his plans well and receive rewards for his dedication and focus.

Rajat Bhatia will show great promise and should have a good start, which he may not be able to sustain.

Yusuf Pathan has a great opportunity as he will be able to adapt and command like the King of Wands. His well-directed energy and focus will serve him well.

Manvinder Bisla should make runs today, but not without going through an initial uncomfortable phase.

Brendon McCullum will be another important player. His innings will provide immense stability and a great platform to push off from.

Both teams don’t look that strong towards the final overs, so it’ll all be about who manages to get through. It’s looking more likely to be Kolkata Knight Riders – so it’s advantage to them.