The pressure on Yuvraj and Suresh is huge as they aim to resurrect their careers through the World T20.

After being excluded from the One-Day International (ODI) squad, the pressure on Yuvraj Singh and Suresh Raina is huge as they aim to resurrect their careers through the shortest format. Abhijit Banare analyses the battle between confidence and pressure for the two players ahead of the ICC World T20.

The fun about analysing an Indian squad and the players is that the writer has the freedom to delve into the reasons of the selections. After all, the selectors rarely explain their choices to the fans and the press. And, it gets even more interesting when a few players have a point to prove when they are given a lifeline. Yuvraj Singh and Suresh Raina aim to resurrect their international careers through the ICC World T20 2014. The two southpaws are at an uncertain phase in their respective careers with Raina still enjoying a little cushion of age when compared to Yuvraj. As the duo enter World T20, do we see it as a mean to return to the One-Day International (ODI) squad?

Will India persist with them through the tournament?

The selectors chose to pick the Asia Cup and the World T20 squads on the same day i.e. February 11. It came as a little surprise to see that the selectors preferred to have the duo in World T20. By their sheer abilities, they will always remain match-winners in the shortest form even if they have struggled in 50-over cricket. For the players themselves, it is tough as they have been ousted from the one-day squad and in a way, the selectors have asked them to perform in the shortest version.

By now both the batsmen are well aware that the short pitch balls are going to be peppered at them irrespective of the pitch conditions. No one knows how well prepared they are, but Yuvraj hardly looked in form in the Vijay Hazare Trophy while Raina was taking tips from the batsman who managed to conquer his own shortcomings to the short delivery — Sourav Ganguly.

Both Raina and Yuvraj got a go in Test cricket, but failed to succeed in the long-run. Their talent has never been in question and it is only a matter of the opposition exploiting a few weak areas in their game. And now, after a struggle in ODIs, they are out of the side. One hopes India don’t lose them to T20 cricket, where they become specialists, limiting their appearances from the other formats

Now come match day, what if they fail in the first match? Will the team management bench these match-winners, albeit short of form? At the official press conference in Dhaka, Dhoni assured that the team would be picked on the basis of the performances in the wamp-ups, where all possible combinations would be tried. In other words, India head into a marquee tournament with little certainty over their playing XI, which is understandable considering the fact that they have played only one T20 International since the end of 2012. And the make-up of the squad is such that it’s unlikely that the two stylish left-handers will be left-out even if they struggle in the warm-up matches.

The format of the tournament is such that there’s little margin for error. One loss and the pressure starts piling up. In such a situation it would be nothing less than a gamble for Dhoni to back Yuvraj and Raina with someone like Ajinkya Rahane and Ambati Rayudu in the reserves, who have done fairly well in the Asia Cup.

Despite the difference in 30 overs between two formats, ODIs still give a fair indicator of the confidence, mindset and the preparation of a batsman. There would be nothing more satisfying to see them fire because when they do well it’s a delightful watch. The selectors would look much more relieved to see them come good. And their success will only force them to rethink on their strategy for ODIs.

Both Raina and Yuvraj got a go in Test cricket, but failed to succeed in the long-run. Their talent has never been in question and it is only a matter of the opposition exploiting a few weak areas in their game. And now, after a struggle in ODIs, they are out of the side. One hopes India don’t lose them to T20 cricket, where they become specialists, limiting their appearances from the other formats. 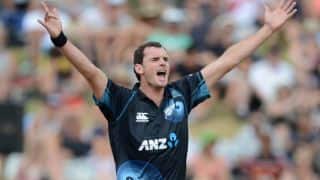 Kyle Mills: The unassuming man who scaled No. 1 spot in ICC ODI rankings 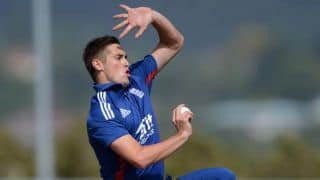